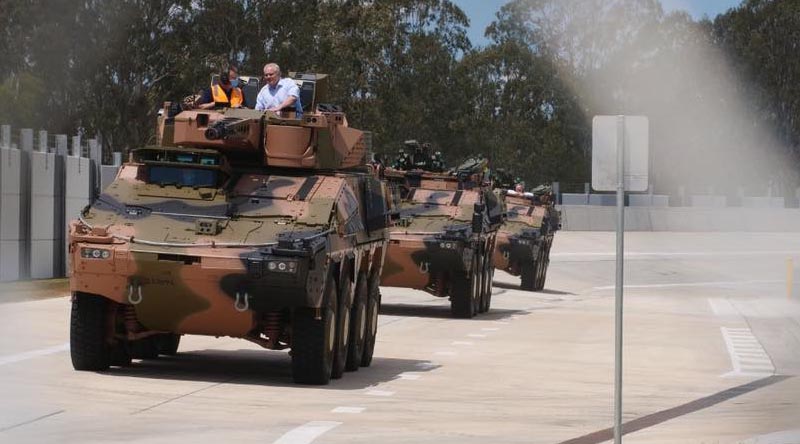 He said the new defence-industry facility was part of the Economic Recovery Plan to create jobs as the nation recovers from the COVID-19 pandemic [despite sod turning on the facility happening almost two years ago and construction completed before the pandemic came to Australia].

“This Queensland centre will be where some of the most advanced armoured vehicles in the world will be produced, by Australian workers.

“The MILVEHCOE will create more than 450 long-term jobs and become a national asset for military vehicles.”

“This is a significant export order, and a clear demonstration of the government’s commitment to supporting Australian defence industry to achieve export success,” Mr Morrison said.

The rest/majority of the PM’s press release was about last week’s budget and other self-promoting stuff not related to the opening, so we deleted it.

Minister for Defence Linda Reynolds said the vehicles from MILVEHCOE represent a new level of capability for the Army.

“As outlined in the 2020 Force Structure Plan [and the decade-old LAND 400 Phase 2 project outline], the Boxer will provide enhanced mobility, firepower, protection and situational awareness to our troops,” Minister Reynolds said.

“They will allow our Australian Defence Force personnel to rapidly deploy, achieve their missions and, importantly, return home safely.

Rheinmetall will use the MILVEHCOE facility to build and assemble the majority of Boxer combat reconnaissance vehicles, which are being delivered to the Australian Army under the $5 billion LAND 400 Phase 2 project.

The facility will also be used to conduct integration, support and heavy-grade repair for the logistics trucks and modules being delivered under the LAND 121 Phase 3B and 5B projects. 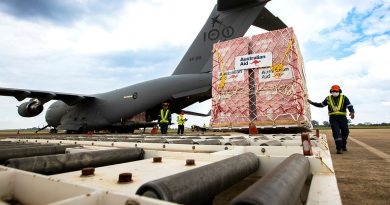 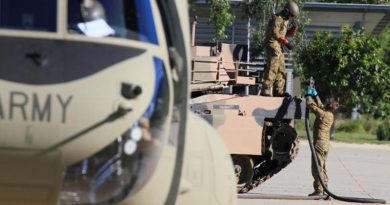 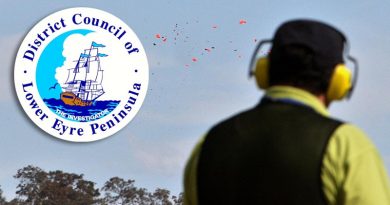