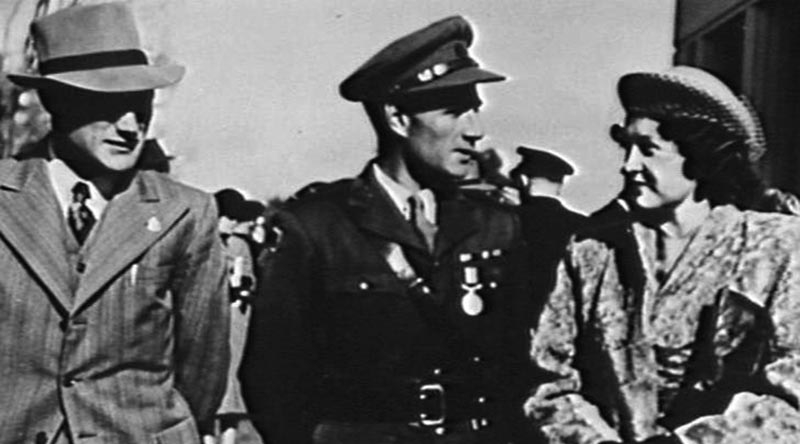 We Lay to rest an old digger today,

His finial battle over, the one that no one wins,

He served his country in world war two,

Upon the track he fought, in the jungle thick,

an enemy hell bent on conquest of all before them,

Outnumbered he and his brothers in arms fought tenacity,

along the track, every bit of lost ground fought to the last man,

Until finally they turned the enemy and chased him back across that hell known as the track,

He and his mate’s sacrifice, their experiences of the horrors they endured,

I can only imagen in the stories he recounted to me,

your last roll call you have attended,

you passed peacefully in your sleep,

PHOTO CAPTION: Captain Bede Tongs (centre) with his wife and his brother Reginald after being presented his Military Medal by the Governor-General in Canberra, July 1947. Australian War Memorial photo 134820.

By Richard Davies
Ex WO2 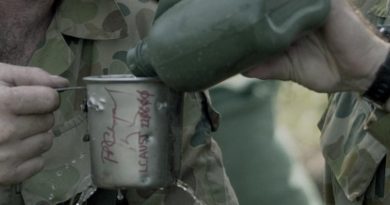 Memoirs of an Infantry RSM 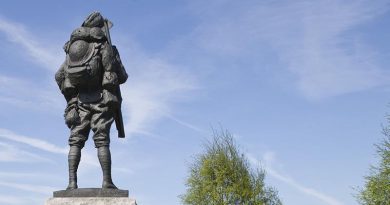 THE SOLDIER ON THE PLINTH