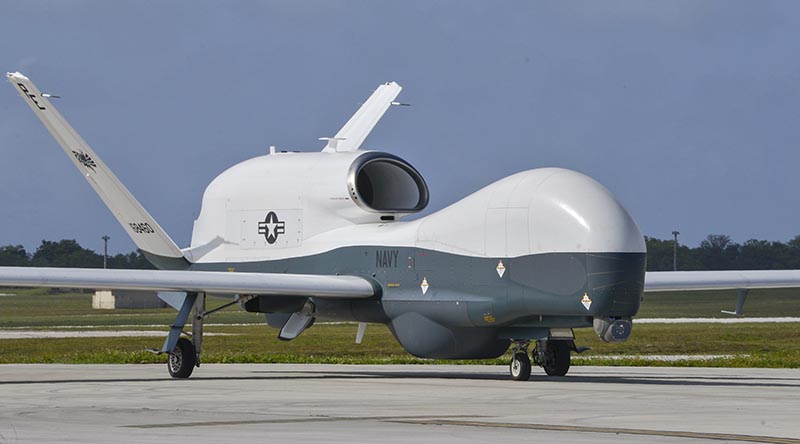 In January this year, the US Navy deployed Northrop Grumman’s MQ-4C Triton on its first live deployment, to Guam.

This was a first for the high-altitude, long-endurance (HALE) maritime intelligence, surveillance and reconnaissance (ISR) system.

The Guam deployment is part of an early operational capability (EOC) and will enable the US Navy to further develop concepts of operation for the system in the maritime environment, as well as fleet learning for operating and maintaining the HALE ISR platform.

US Navy declared the system as EOC in early May following its first sortie tasked by Commander Task Force 72, 7th Fleet’s maritime patrol and reconnaissance command, who acknowledged Triton was already becoming an “invaluable asset”.

“This game-changing, persistent system is going to revolutionize the Navy’s maritime ISR capabilities by providing an unprecedented amount of data to inform critical decision making.”

The Department of Defense’s budget request for Fiscal Year 2021 includes a two-year production pause on Triton in 2021 and 2022, posing a significant risk to the program’s ability to keep costs low and deliveries on track.

Despite the setback, Australia ordered its third aircraft in June this year, though the actual costs of the acquisition were already complex, convoluted and secretive.

Doug Shaffer said a two-year gap in production would have significant negative affects on the production line and the supplier base.

“A pause would mean we risk losing the lessons learned that have enabled our suppliers and Northrop Grumman to achieve production efficiencies and get to this mature point of the program, which would then add more risks and costs to the program.

“We estimate that stopping and restarting the line alone will cost roughly $150 million and then each aircraft likely costs about $20 million more.

“Consequently, we are talking to Congress and our Navy customer about opportunities to sustain the production line, protect our suppliers and support the program long-term.”

Australia is part of a cooperative development program with the US Navy for the Triton program and was key in the requirements development phase of the system.

The system being acquired by the Royal Australian Air Force will be identical to the US Navy’s, which will enable Australia to establish a ‘sixth orbit’, adding to the US Navy’s planned five operational orbits around the globe to maintain surveillance in some of the most strategically important locations.

“We have had multiple discussions with the US Navy and Australia about options to help fill the FY ’21 and ’22 production lines with Australian aircraft,” Shaffer said.

“An acceleration of the Australian program would result in significant savings to Australia and ensure cost savings to the US Navy by helping prevent a pause in Triton production.

Mr Shaffer said Australia was currently scheduled to receive its first Triton in late 2023, and stood to receive all six by 2025 if the NSC opts to approve the remainder of their program of record six (potentially seven) aircraft by the end of 2020.

“For both the United States and Australia, Triton will represent a massive leap in available maritime ISR capability.

“At a time during regional tensions in the Pacific and South East Asia, Triton’s ability to see more, hear more and share more has never been so valuable.”

The two Tritons currently deployed to Guam are in the integrated functional capability three configuration (IFC-3), or the baseline configuration of the system.

As part of Triton’s roadmap to replace the EP-3 Aries as the Navy’s multi-intelligence maritime ISR platform, the system will be upgraded with a robust signals intelligence capability in the IFC-4 configuration.

Two Triton aircraft located at Naval Air Station Patuxent River are currently being upgraded to the IFC-4 configuration along with other assets located at Northrop Grumman’s Palmdale Aircraft Integration Center.

The Patuxent River aircraft are the first two to be brought into the IFC-4 configuration for use in the flight test program, with the first aircraft already conducting post-upgrade tests.

Mr Shaffer said 2020 had been, and would continue to be, a year of significant milestones for Triton.

“Our partnerships with the US Navy and Royal Australian Air Force have been crucial in shaping the future of this program, and Triton will have a significant impact on the future of both forces’ approach to mission execution.” 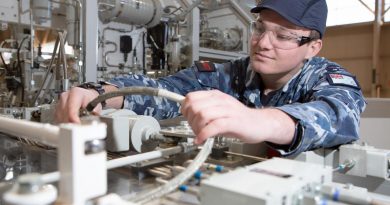 Hats on for safety 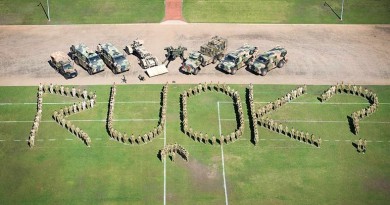