“The Australian government recognises the extraordinary service, dedication and sacrifice of Ordinary Seaman Edward ‘Teddy’ Sheean and I have written to the Governor-General requesting he seek the approval of Her Majesty The Queen to posthumously award a Victoria Cross for Australia,” Prime Minister Morrison said.

“Our view and policy has always been that consideration of the awarding of a retrospective Victoria Cross would only occur in light of compelling new evidence or if there was evidence of significant maladministration.

“There was a clear conflict of advice between the 2013 Inquiry into Unresolved Recognition for Past Acts of Naval and Military Gallantry and Valour (the Valour Inquiry) and the 2019 review of the Defence Honours and Awards Appeal Tribunal as to whether the case of Teddy Sheean met those standards.

“There were further differences of opinion in the interpretation of what was contained in those reports.

“This conflict prevented a clear recommendation from being made and needed to be resolved before proceeding further.

“That’s why I commissioned an expert panel to provide further advice on the subject.

“The panel has identified maladministration in the consideration of Teddy Sheean’s actions, as well as compelling new evidence that his previously awarded Mention in Dispatches should be replaced with a Victoria Cross.

“The panel has articulated those reasons clearly.

The panel found that:

Prime Minister Morrison said the report was also testament to the dedication of Teddy’s family and friends, as well as Tasmanian Veterans’ Affairs Minister Guy Barnett and Member for Braddon and ex-serviceman Gavin Pearce to ensure that Teddy received the recognition he deserved.

“The frustration they have felt at times should not be underestimated but it is the government’s duty to uphold the highest evidentiary standards for the awarding of a Victoria Cross,” Prime Minister Morrison said.

“We are pleased this process has provided an avenue for their efforts to be validated and rewarded.

“The government thanks the expert panel for their detailed work in preparing their report and recommendations, particularly the efforts of panel’s chair Dr Brendan Nelson.”

EDITOR’S NOTE: Today’s announcement will be a considerable embarrassment to the current Chief of Navy who was the number one objector in last year’s hearings.

So too for Defence generally, after it issued a strong endorsement of the PM’s earlier rejection of the Defence Honours and Awards Appeals Tribunal findings.

We eagerly await their humble pie 😉 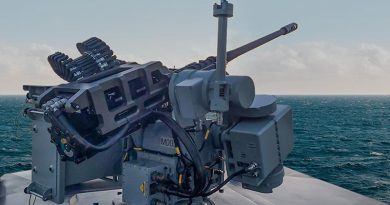 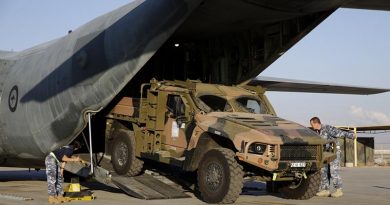