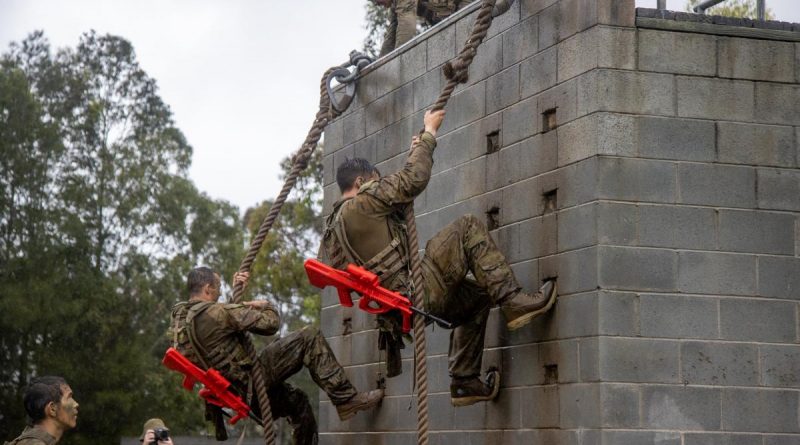 Day and night, regardless of season, weather or terrain, trainee soldiers at the School of Infantry go through the final test to become the latest qualified infantry soldiers for the Royal Australian Regiment.

Exercise Hardcorps is the culminating activity of infantry Initial Employment Training (IET) and the hardest test soldiers will do at the School of Infantry, building their resilience by pushing mental and physical limits to make them ready for warfighting.

“We focus on activities they may not feel comfortable with,” Major Bevan said.

“They may be wet, they may be cold, but this will push them to find their inner strength, to go beyond their limits and focus within the team on achieving the mission.”

The exercise is an eight-hour competition pitting sections against each other on their performance at different stands, including a 20km pack march, section attack, casualty first aid, obstacle course, bayonet assault course, 25-metre range shoot and close-quarter combative skills. Much of the competition is held in darkness, with the first section stepping off at 1am.

Section commander of- Delta Section Corporal Brenden Robinson said the activity had been a test of his team’s physical and mental perseverance.

“The most challenging part was that the soldiers have never marched more than 10km with their 25kg packs, and through this exercise they have done around 15-20km,” Corporal Robinson said.

“What I enjoyed the most was getting the guys to go through something they have not done before. 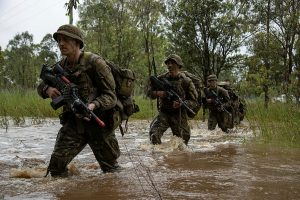 “One of the members in my section is 17 years old, and although he struggled with the physical challenge, he managed to push through, which is really impressive for someone that young to show that level of resilience.”  The soldiers were assessed and scored through the multiple stands, and after pushing their limits and making it to the end, Bravo Section took first place in the competition.

Private Aiden Everingham, a rifleman in the winning section, said that it was a great sense of accomplishment to complete his training as a member of the winning team.

“We definitely embraced good soldering, as we were physically and mentally challenged, and as a team we pulled it together to come through at the other end,” Private Everingham said.

The culmination of this exercise celebrated the endurance, resilience and combat behaviours that soldiers have acquired from their commitment and discipline in their 17 weeks in the School of Infantry.

“Seeing Exercise Hardcorps in its current form assures me that the quality of the soldiers we are sending to battalions is of the highest standard and as a fighting force we are ready now and future ready,” WO1 Keefe said. 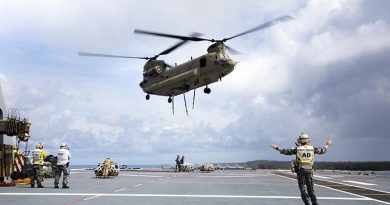 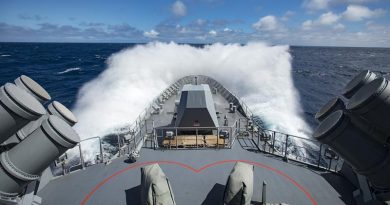 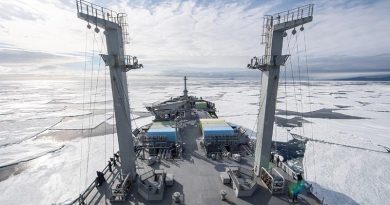 One thought on “Hardcorps test for infantry trainees”