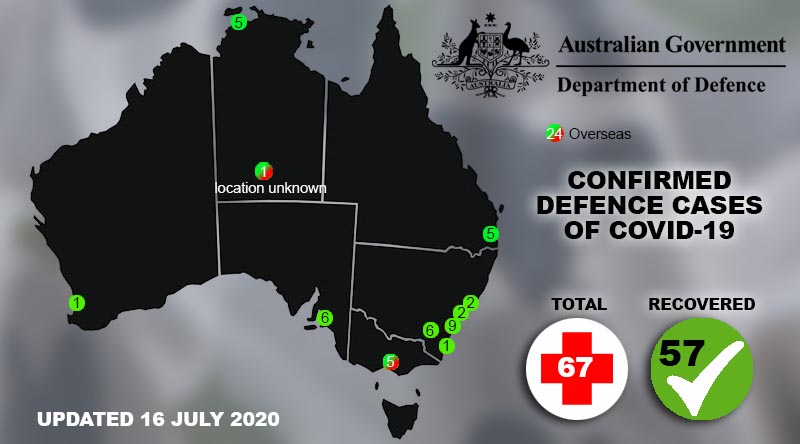 They also updated their tally of ‘recovered’ by two to 57.

However, Defence’s little black map of case locations is AWOL today, so we have no idea where the latest case was contracted or detected.

Despite several official announcements that 1000 personnel were poised and ready to assist Victoria, the numbers deployed to that state have only increased by 70ish…

In the mean time, numbers assisting in New South Wales have jumped significantly, putting that state in first place in terms of numbers, ahead of Queensland, with hardest-hit Victoria in third [noting that it is political resistance rather than ADF willingness holding back the offered support].

Defence clarification of figures: Personnel in Joint Task Group headquarters, supporting roles, and those preparing for tasks are included in overall state-based figures but are not captured in the list of tasks.