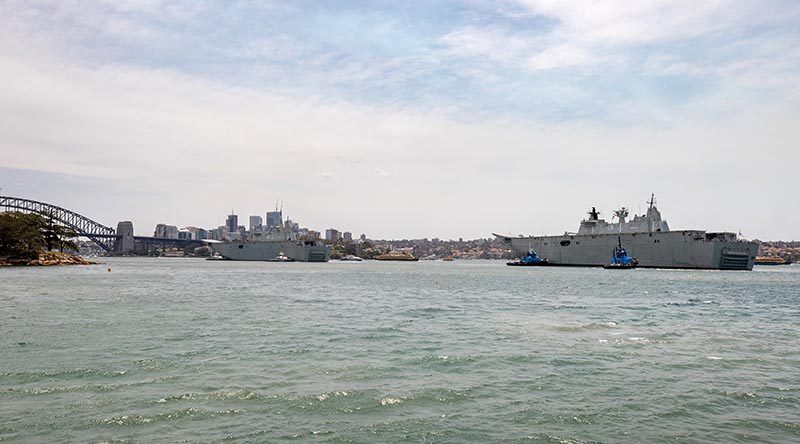 Royal Australian Navy engineers, contractors and their families who cut short their Christmas break to support Operation Bushfire Assist 19-20 were recently thanked for their mammoth efforts.

“On behalf of the Chief of Navy, thank you for your support, professionalism and absolute top work,” Warrant Officer Navy said.

“The collaboration between uniformed personnel, contractors and the ship’s staff [was] terrific.

“We’ve all been focussed on the same thing – working to save families in our nation,” she said.

Choules was already ready, as the on-call humanitarian-response ship over Christmas.

Adelaide was recalled to join the bushfire relief effort and support the evacuation of people from fire affected communities shortly after New Year, with ship’s company, Navy engineers and contractors ‘Happily caught up in Navy mission‘ working to prepare the ship to sail on 4 January.

Even more remarkable, 40 Fleet Support Unit technicians were recalled from leave to get Canberra from being in the middle of a maintenance period at 28 days’ notice to sail, to a seaworthy state that would allow her to support the mission if required.

Facing hundreds of hours of work and an extensive list of tasks, under the direction of Chief Petty Officer Michael Heath, the team was able to complete the tasks within an unprecedented three days, allowing Canberra to be poised to assist if required.

Thankfully, the situation didn’t get that dire.

Chief Petty Officer Heath said the team really pulled together to get the job done.

“Without people with the experience and fortitude and the ship’s knowledge, there was no way we would’ve been able to get those tasks done,” Chief Petty Officer Heath said.

“It is a credit to every single able and leading seaman who came off their leave to push through what would usually be hundreds of man hours within just three days.”

Tasks required to get Canberra out of the maintenance period and certified for sea included LED lighting and hose change-outs, an electrical audit and spray taping.

WO-N Butterworth praised the dedication and drive of Chief Petty Officer Heath and the team, especially the number who had posted out of Fleet Support Unit but voluntarily came back to assist.

“The ships can’t do what they do without your – and your families’ – support, which was especially pivotal when giving up what we would usually consider a sacrosanct reduced activity period.

“So, thanks to you and your families for the effort,” she said. 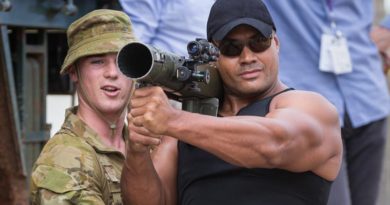