CUO Fogale, from No 106 Squadron (Tablelands) in Mareeba, north Queensland, is one of the AAFC’s newest solo pilots in the DG1000S soaring sailplane.

He flew his first solo flight at Warwick airfield (YWCK) on 20 December 2019, during a gliding course conducted by No 902 Aviation Training Squadron (902ATS).

CUO Fogale completed the Silver Award of the Duke of Edinburgh’s International Awards at the end of 2018, and has been awarded an Officer Commanding No 1 Wing Commendation for his work during 2019.

At the time of joining this flying camp he had just completed year 12 at St Stephen’s Catholic Collage Mareeba, where he received a 2019 Australian Defence Force Long Tan Youth Leadership and Teamwork Award.

During 2019, CUO Fogale has served as Chief Instructor for No 106 Squadron (Tablelands).

Having turned 18, he ages out at the end of this year, but aims to be in uniform again as soon as possible as an instructor of cadets working with No 902 Aviation Training Squadron as their Operations Officer–Gliding.

He aims to become an air-experience instructor in due course.

“I remember being completely blown away at the fact that you could gain altitude without using an engine,” CUO Fogale said.

“Flying along in silence is an unreal experience.

“Gaining height in a strong thermal is a great feeling – knowing that you are not using an engine to gain that height gives you a great adrenaline rush.”

“The feeling of knowing that you are in the air by yourself with no instructor is an exhilarating experience.

“Just before the take-off I had to look back into the rear seat to make sure that it really was happening.”

This 902ATS Gliding Course was conducted from 14 to 22 December.

Pilot Officer (AAFC) Brie Russell, Commanding Officer of No 902 Aviation Training Squadron, said the cadets were a mix of ab-initio students undergoing flying training for the first time, and a number of more experienced cadet trainees returning to further develop their skills.

The squadron is one of three ‘centres of excellence’ around the country that allows Air Force Cadets to go gliding, with the intention of seeing them fly solo soon after turning 15.

The squadron’s gliding activities based out of Warwick airfield are a significant part of the national aviation effort.

CUO Fogale had the some advice for new recruits.

“The AAFC will give you the opportunity to do a whole load of things if you put in the effort.

“If you come into the organisation not putting in the effort, then you will not get to experience the things that someone who puts their hand up to do everything will.

“The effort you put in is what you will get out of the experience.”

Congratulations and Merry Christmas and Happy New Year to CUO Fogale – and all CONTACT’s cadet fans. 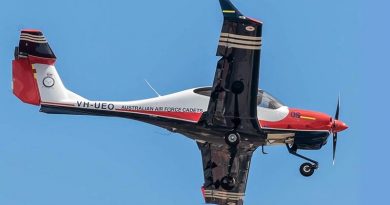 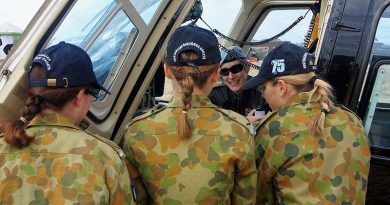 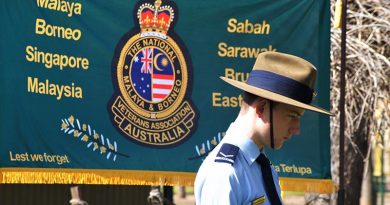