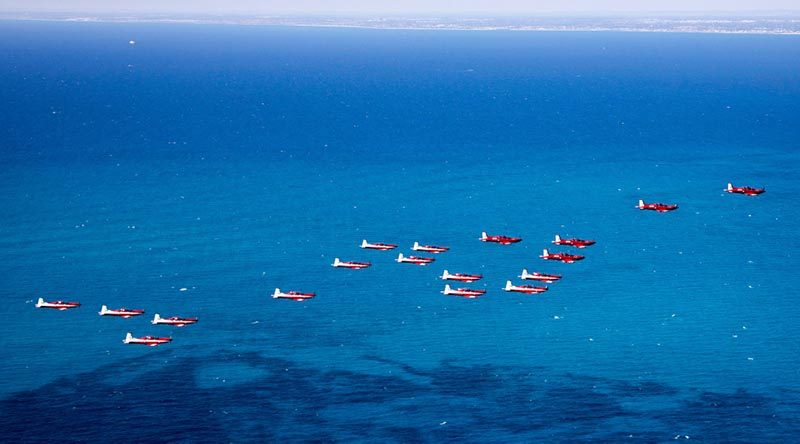 The Royal Australian Air Force has today ceremoniously farewelled the PC-9/A aircraft after more than 30 years of flying operations.

The PC-9/A was introduced to service in 1987, commencing pilot training in 1989 and has been the backbone of Air Force and Navy flight training.

“PC-9/A’s retirement comes as Defence introduces one of the world’s most advanced training aircraft, the PC-21 as part of the new pilot-training system project.

“For those who have flown and supported the PC-9 fleet, seeing them retire will be an emotional experience, but the introduction of the PC-21 allows us to deliver modern and effective training that will serve the next generation of pilots.

“I am proud to join hundreds of RAAF members, personnel from the supporting contractor Airflite, along with representatives from the original manufacturer Pilatus – and their respective families, to mark this significant milestone, at RAAF Base Pearce.”

The retired fleet of PC-9/A will be disposed of by transferring to heritage centres, allocating as training aids and commercial sale.

EDITOR’S NOTE: I have significant doubts as to the accuracy of the above information sent to media today and have requested clarification from Defence, thus…