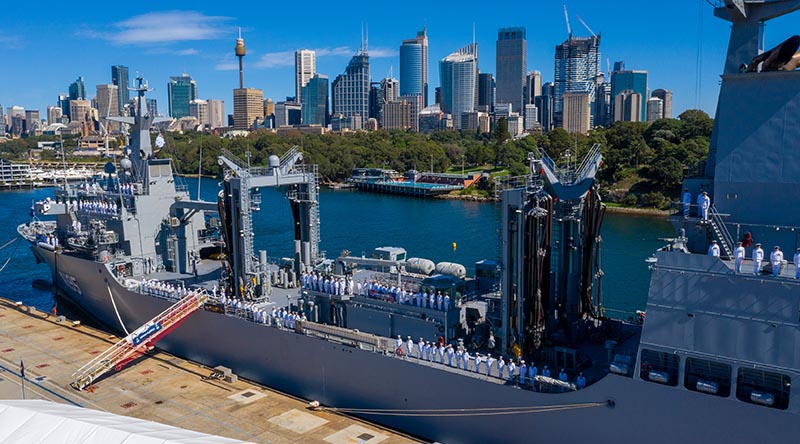 The Royal Australian Navy’s operational support capability has received a significant boost with the introduction of HMAS Supply into service.

AORs will enhance fleet capability by extending the time a task group can spend at sea and the distance travelled.

They will also be able to support Humanitarian and Disaster Relief operations domestically and regionally.

Minister for Defence Peter Dutton said the AORs were a critical support element to contemporary maritime operations across our region.

“With regional security challenges on the rise, it is more important than ever to have robust operational support capabilities for Australia’s maritime assets,” Minister Dutton said.

“Supply will help sustain our lethal naval capability and will play a critical role in enabling our Joint Force to maintain the security, sovereignty and prosperity of Australia and our regional partners,” Minister Dutton said.

Minister for Defence Industry Melissa Price said Australian Industry continued to carry out an active role in shipbuilding and bringing online new platforms with more advanced capabilities – [though the ship was actually built in Spain].

“Australian industry played a key role in the build of the Supply-class AOR ships, including the use of 4500 tonnes of Australian BlueScope steel, and the final fit out of the ship in Western Australia,” Minister Price said.

“As Supply embarks on her long life serving the nation, Australian industry will carry out a central role in the sustainment of the capability, creating long-term opportunities for Australian businesses and jobs for Australian workers.

“AORs are an example of making the best use of our Defence platforms, with the introduction of a combat-management system not present in predecessors, HMA Ships Success and Sirius.” 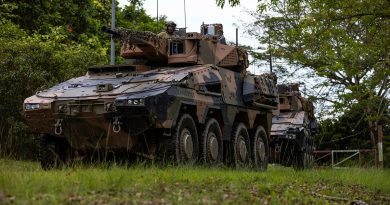 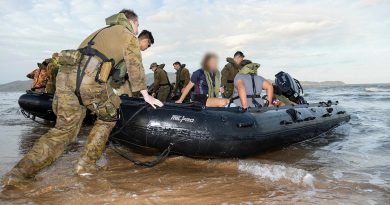