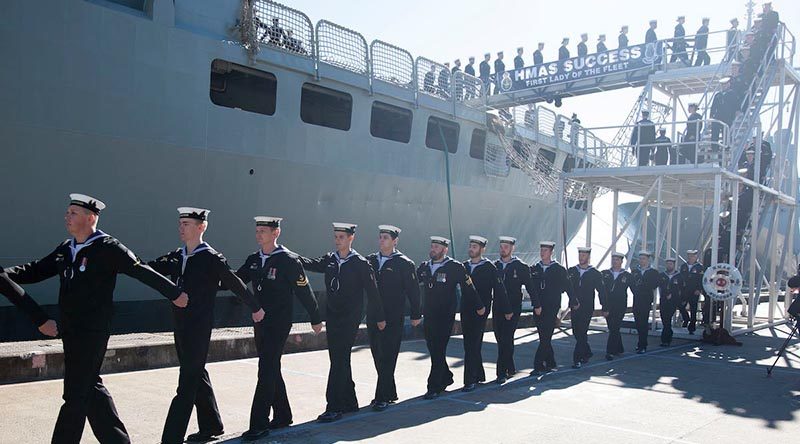 Auxiliary oiler replenishment ship HMAS Success was ceremonially decommissioned at her home port of Garden Island in Sydney on Saturday 29 June 2019 after more than three decades of service.

CAPTION: Ship’s company of HMAS Success march off the ship for the last time during her decommissioning ceremony at Fleet Base East, Sydney. Photo by Chief Petty Officer Cameron Martin.

Chief of Navy Vice Admiral Michael Noonan joined the 23rd and final Commanding Officer of HMAS Success Captain Darren Grogan to pay tribute to the ‘First Lady of the Fleet’, a title given to Navy’s oldest ship, and the 5000 men and women who have served in her.

“HMAS Success has built a proud history and served Australia with distinction by contributing to many of Navy’s most important operations over the past three decades,” Vice Admiral Noonan said.

“It was the hard work and dedication of the crews who called Success home that made this ship so effective over such a long career.”

Commissioned in 1986, HMAS Success steamed almost one million nautical miles, earned battle honours for service during the 1991 Gulf War and in East Timor in 1999, participated in a world record 11 Rim of the Pacific (RIMPAC) exercises and helped search for missing Malaysian Airlines Flight 370.

The last major vessel built at Cockatoo Island, Success won the RAN’s prestigious Duke of Gloucester’s Cup for the RAN unit displaying the highest level of overall proficiency, on three occasions – 1990, 1999 and 2014.

“Success will be missed. She has been such an integral part of Navy over the past 33 years that many sailors and officers will not know the fleet without her,” Minister Hawke said.

“This bittersweet feeling can be tempered by the knowledge that so many who served in Success, many of them here today, are proud of her achievements on behalf of Navy and Australia.”

HMAS Success is being decommissioned to make way for a new oil replenishment ship HMAS Supply (II), which will commence service in 2020. 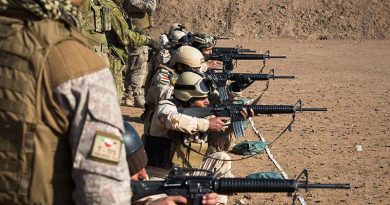