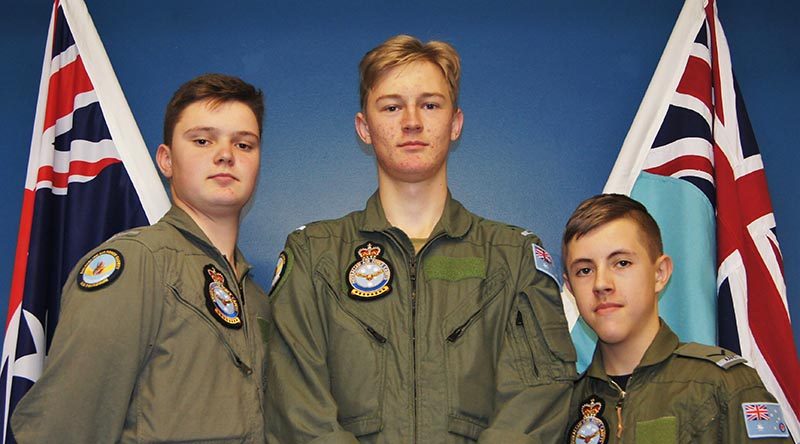 The two weekends were spent consolidating their knowledge of aviation learnt in the AAFC home training curriculum, and taking them to a more advanced level.

The intention was to prepare them as fully as possible to progress to practical flying training in a formal camp setting.

Others have been designated to attend the next course in September.

They will all train with the new Diamond DA40 NG light aircraft, leased by Air Force for exclusive use by the Australian Air Force Cadets.

The goal of the AAFC powered flying program is for cadets to achieve solo standard – and many of them do – before they even have a learner driving licence!

To support their ambition, the selected cadets will remain with the flying training program for 12 months.

Meanwhile other cadets who completed the theory training – also recipients of a flying scholarship – will attend gliding camps at Balaklava Airfield in the upcoming school holidays conducted by No 906 Aviation Training Squadron.

These gliding camps are carried out using the AAFC’s own gliders, under the supervision of qualified instructors.

Flying scholarships for cadets were first sponsored by the Air Force in the 1960s.

Chief of Air Force reintroduced the Air Force Scholarship program in 2009 for both powered flying and gliding disciplines.

Scholarships, awarded through a competitive application process, continue to provide considerable assistance to successful applicants with their initial flying training.