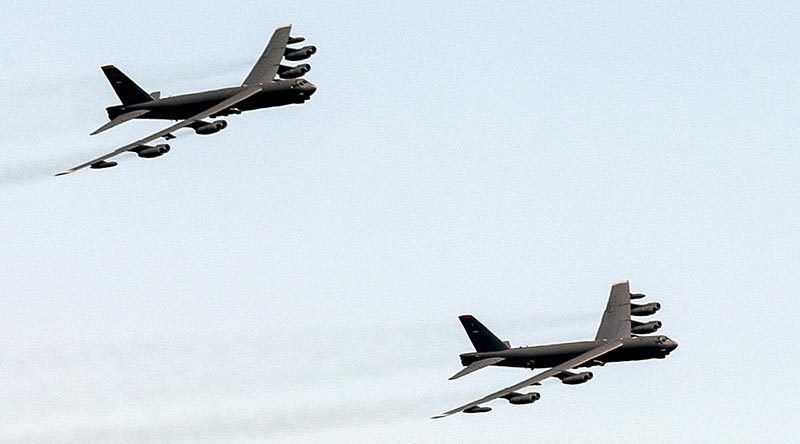 The Royal Australian Air Force has completed a training exercise on the eastern Australian coast with two United States Air Force B-52 Stratofortress bombers operating from RAAF Base Darwin.

FILE PHOTO (2016): A pair of United States Air Force B-52 bombers fly over Canberra during a ceremony to mark the 50th anniversary of the Battle of Long Tan. Photo by Petty Officer Phil Cullinan. (Defence published no photos of the recent activity in Darwin)

Aircraft from RAAF Base Amberley and RAAF Base Williamtown participated in the training exercise with up to 28 F/A-18 Hornets and other RAAF aircraft flying in the activity at any given time.

“Exercises such as Lightning Focus give our aircrew experience flying in a busy airspace with multiple fast-jet aircraft,” Air Commodore Kitcher said.

“Conducting these flying activities with our US partners is critical to our ongoing regional partnerships, and provides specific currency and qualification training for RAAF aircrew.”

The aircraft from USAF’s Pacific Air Force are part of the Enhanced Air Cooperation (EAC) initiative.

EAC, along with the Marine Rotational Force-Darwin, form the US Force Posture Initiatives in Australia, which are a key element of the broader alliance with the US.

These initiatives are designed to increase the capability and interoperability of Australian and US forces.

“EAC has come a long way since its inception early last year, and has further enhanced our interoperability with the Pacific Air Force, and the wider USAF,” Group Captain Dowrie said.

“Eight activities have already occurred under EAC in 2018 including: aero-medical evacuation training missions; fifth-generation fighter integration with our E-7A Wedgetail; combat mobility activities with the US Marine Corps MV-22; integrated aircraft maintenance on the C-130J Hercules; and expanding the air-to-air refuelling capabilities of our KC-30A.

“This particular activity, with the B-52 aircraft participating in Exercise Lightning Focus, continues to enhance our personnel, platforms and readiness.” 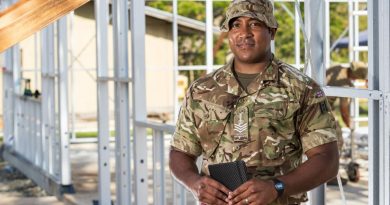 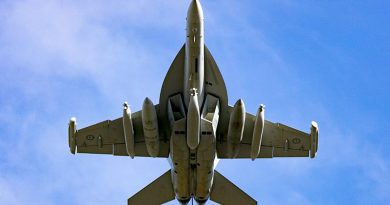 RAAF EA-18G Growlers to get even better capabilities 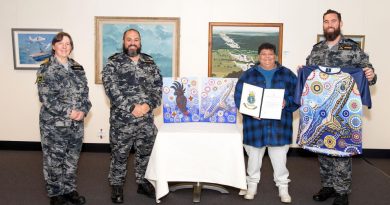