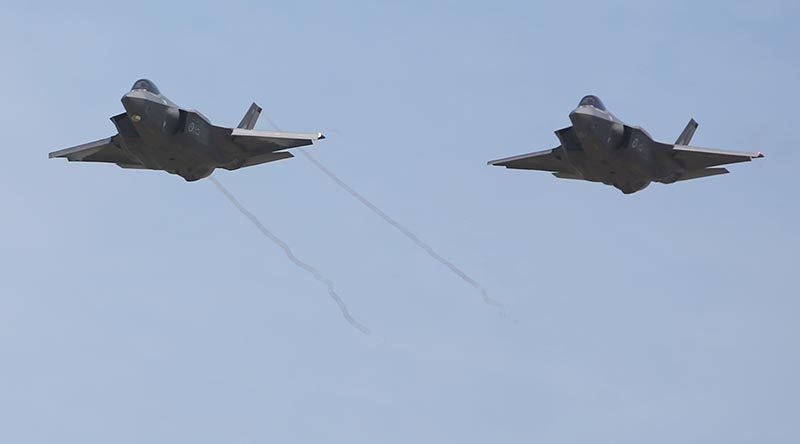 The first two of 72 Australian F-35A Lightning Joint Strike Fighters to be based in Australia have landed at RAAF Base Williamtown.

It was a truly historic occasion as the first of a new fighter fleet took residence in brand new and very impressive facilities at the RAAF base north of Newcastle NSW.

Thousands turned out to see the arrival – with so many spectators outside the fence that the RAAF organised port-a-loos and traffic control to keep things running smoothly.

Inside the wire, a large and enthusiastic media contingent – including CONTACT – got excellent air-side vantage pozzies for the touchdown.

Before the grand entrance, a single F/A-18 put on a cool and close aerobatic display.

Then the stars of the show appeared, flanking four F/A18s in very close formation.

As the four Hornets landed and taxied out of the way, the two Lightnings did two more passes, showing off their beautiful lines (OK, yes, I am a fan 😉 ).

The waft of burnt jet fuel along the airfield was another delight.

As Governor General Sir Peter Cosgrove, Governor of New South Wales David Hurley, Minister for Defence Christopher Pyne, Minister for Defence Industry Steve Ciobo, Chief of Defence Force General Angus Campbell – and a very-happy Chief of Air Force Air Marshall Leo Davies – led their VIP entourage, the size of which has probably never been witnessed in Williamtown (nor many other places), to their seats, the media scrum were bussed to 3 Squadron’s heavily fenced aircraft compound for an excellently close view of the two new jets roosting in their flash new ‘car ports’.

Much of the speechafying was predictable – until Chief of Air Force got up.

“Ladies and gentlemen, how do you make an air chief happy,” Air Marshall Davies said, indicating the two jets over his shoulder.

I’ll report on the speeches separately (and later), but for now will just mention F-35 Program Director Vice Admiral Mat Winter, who, in quintessential US Navy senior-leader style, almost stole the show. 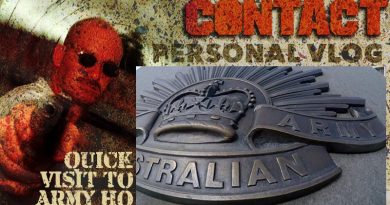 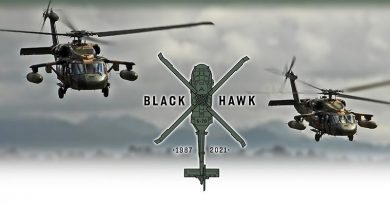 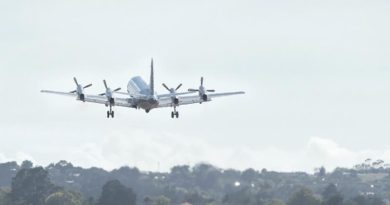