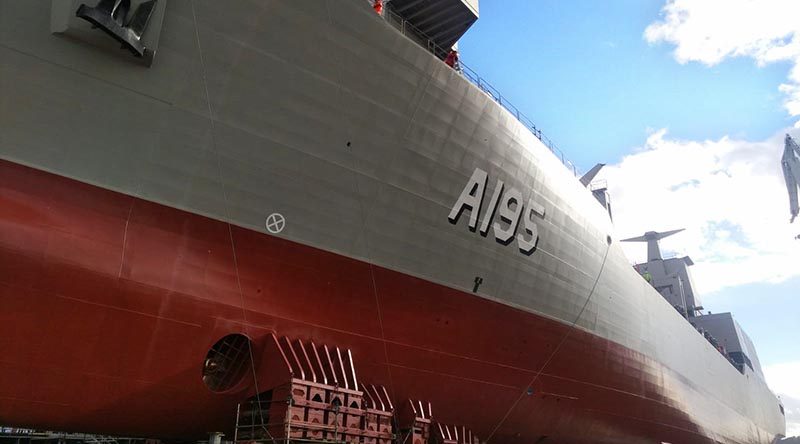 Just 12 months after her first keel section was laid down, the first of two new replenishment ships for the Royal Australian Navy was launched a few hours ago in Spain.

NUSHIP Supply hit the water, gliding backwards down a slipway in front of a large crowd at the Navantia shipyard in Ferrol in late-evening (local time) sunshine.

Chief of Navy Vice Admiral Michael Noonan was on hand for the ceremony.

NUSHIP Supply is the first of the two AOR-class replenishment ships being built in Spain for the RAN by Navantia, the same shipbuilder that gave us HMA Ships Canberra and Adelaide.

The new Australian platform is based on the Armada Española AOR Cantabria, which made an extended visit to Australia in 2013 to fill a gap in RAN capability and to give Royal Australian Navy personnel a chance to look at and train on the tanker.

HMAS Success, on of the Navy’s current two tanker/replenishment ships and ‘First Lady of the Fleet‘ will be decommissioned next year. The other – HMAS Sirius was commissioned in 2006. 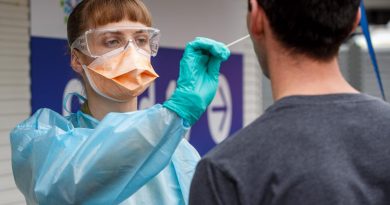