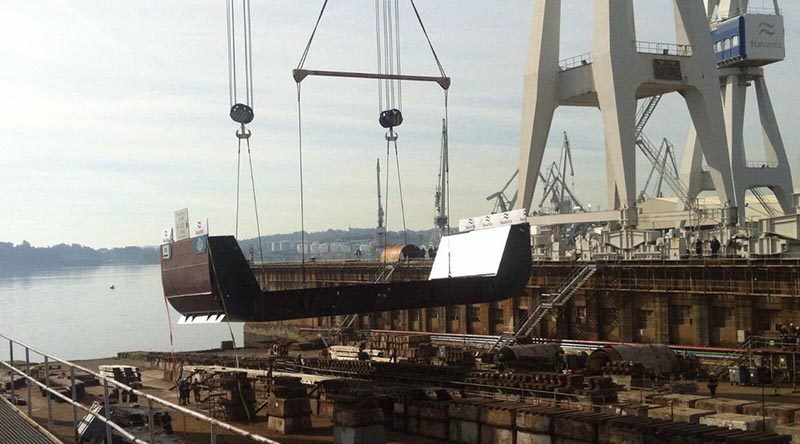 The names chosen  for the Royal Australian Navy’s two future support ships were announced yesterday – and the first-keel-laying ceremony conducted.

The new ships will be named Supply and Stalwart.

Supply will be the second vessel in the Royal Australian Navy to bear the name that has its origins with the armed tender ship that accompanied the First Fleet to Australia.

Stalwart is named after two previous Australian Navy vessels, one a destroyer that served between 1920 and 1925 and the second destroyer tender served from 1968 to 1990.

The ships will be known as auxiliary oiler replenishment (AOR) vessels and will replace the current HMA Ships Success and Sirius.

“In considering names for classes and ships, the Navy chose names with deep historical roots or names that are uniquely Australian,” Minister Payne said.

“For these ships, we have been able to achieve both.

“Supply was instrumental in establishing the British colony and Stalwart, like the Australian Navy itself, has its origins in the Royal Navy and subsequently two Australian ships.”

Chief of Navy Vice Admiral Tim Barrett conducted the tradition placing of a coin in the ship at the keel laying at the Navantia shipyard in Ferrol, Spain.

Supply will be built in two years, with full operational capability scheduled for 2022.

The previous HMAS Supply was built by Harland & Wolf in Belfast, Northern Ireland. She was laid down on 5 August 1952, launched on 1 September 1954 and decommissioned on 16 December 1985.

HMAS Stalwart (I) was an S-class destroyer commissioned into the Royal Navy as HMS Stalwart in April 1919. A year later, Stalwart and her sister ships, Success, Swordsman, Tasmania and Tattoo, along with the flotilla leader, Anzac, were gifted to the Royal Australian Navy as replacements for obsolete River-class destroyers.

The keel for HMAS Stalwart (II) was laid at Cockatoo Island Dockyard, Sydney, on 23 June 1964. HMAS Stalwart (II) was fitted as a mobile base facility allowing vessels to come alongside and ‘shut-down’ to have repairs carried out as if in a shore base. Stalwart was able to supply essentials such as fresh water, steam, electricity and telephone services. She was the largest naval vessel wholly designed and built in Australia. Stalwart was decommissioned on 9 March 1990 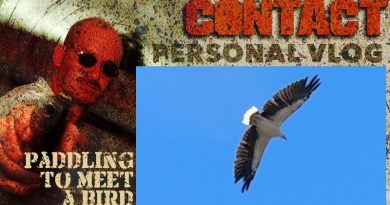 Paddling up a river to meet a bird 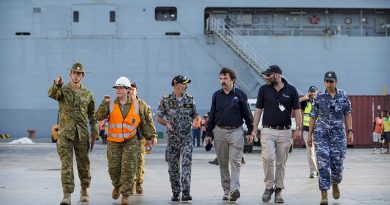 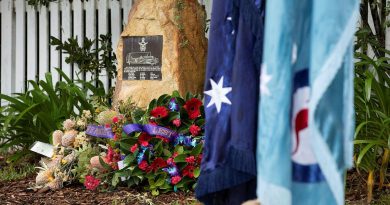