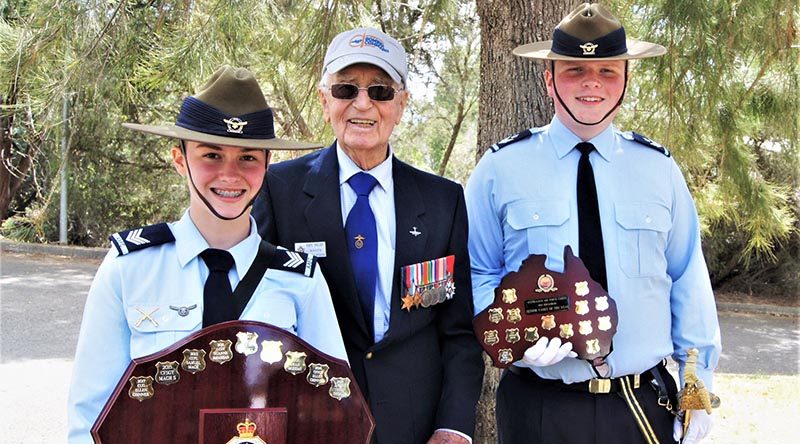 No 602 Squadron (Adelaide Hills) has its origin in No 2 Flight of the South Australian Squadron, Air Training Corps formed in 1949. Today, 602 Squadron continues to provide learning, leadership and development opportunities for the youth of the Adelaide Hills regions.

A special guest was a 94-year-old former bomber pilot Ern Milde from the Mitcham Branch of the RAAF Association (SA Division). Born in Kilkenny, SA on 5 March 1924, Flying Officer Milde was a pilot of Avro Lancaster heavy bombers during World War 2.

Ern enlisted in Adelaide on 9 June 1942, and served until 19 December 1945, earning the France and Germany Star for his operational flights over Europe with Bomber Command. He was one of a select few who were decorated in the name of the President of the French Republic for service which contributed to the Liberation of France – as a Chevalier (‘Knight’) in the French National Order of the Légion d’Honneur – the Legion of Honour.

Commanding Officer Flying Officer (AAFC) Paul Lemar said, “As Host Officer, I can report I have received nothing but great feedback from all I have spoken to since the conclusion of the Parade”.

He praised the dedication of all Cadets on parade, and cadets and staff holding planning and support roles: “Your dedication and commitment I applaud”.

FLGOFF(AAFC) Lemar also spoke on behalf of all Cadets and staff of 602 Squadron: “We greatly appreciate the ongoing close relationship we enjoy with our various local RSL sub-branches, who not only provide immeasurable support but an opportunity for our Cadets to understand the service of our veterans”.

Flying Officer (AAFC) Paul Rosenzweig, 6 Wing Public Affairs & Communication Officer, said, “A special congratulations goes to the Junior and Senior Cadets of the Year – these awards recognise a solid year of professional commitment to 602 Squadron and to the AAFC”.

No 602 Squadron parades at Woodside Army Barracks at 226 Nairne Road, Inverbrackie on Friday nights during school terms, between 6.30 and 10 pm. 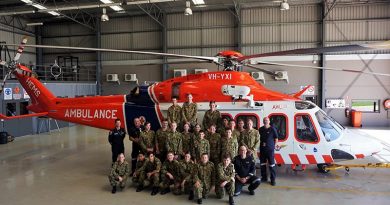 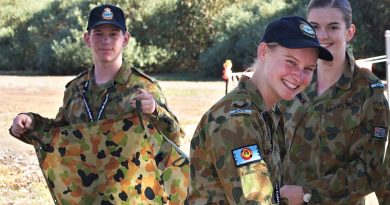 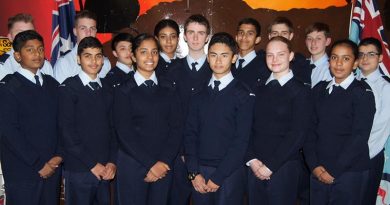 Trophies and Duke of Edinburgh Awards at 604 Squadron AAFC