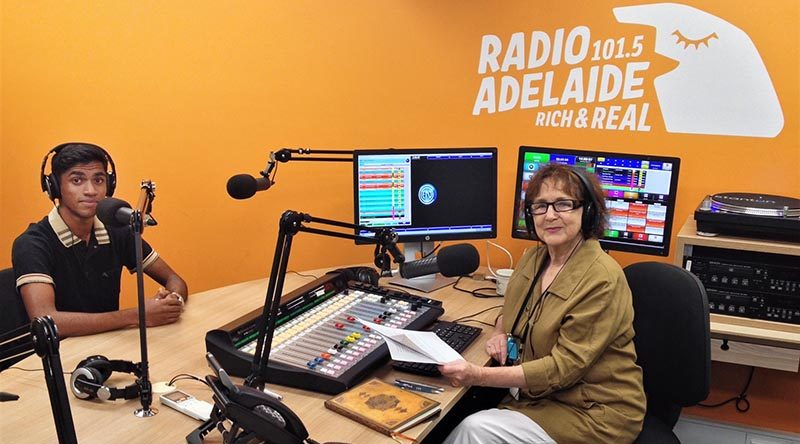 On 25 March, the Service Voices radio program on Radio Adelaide 105.1 FM broadcast an interview with Cadet Corporal Ajaay Sureiander from No 601 Squadron, AAFC, at Keswick Barracks.

CCPL Sureiander spoke about his career to date and the life skills he has gained from his recent promotion course.

The Australian Air Force Cadets (AAFC) offers a wide range of activities for young adults.  As Cadets progress in seniority, they may be selected to undertake leadership courses to enable them to gain promotion.

Ajaay Sureiander joined the AAFC in February 2016. He completed Recruit Stage and Basic Stage of the AAFC training curriculum, and as a result was reclassified as a Leading Cadet.

No 6 Wing held the 2019 Promotion Courses at RAAF Edinburgh from the end of December into January this year. Through his attendance on the Junior NCO Couse, Ajaay Sureiander gained promotion to Cadet Corporal.

Service Voices has had the pleasure to meet and hear from many of the young men and women of the AAFC. Some have also spoken live to air on the Roundabout program.

During 2017 and 2018, South Australian Air Force Cadets and staff have spoken about their service on Radio Adelaide 105.1 FM in a total of 24 interviews – a significant commitment to sharing their experiences with the community.

In the same broadcast on 25 March, outgoing 6 Wing Public Affairs & Communication Officer Flying Officer (AAFC) Paul Rosenzweig joined Service Voices to reflect on some of the highlights of these interviews as he finishes up in this role.

He said that listeners have enjoyed hearing the Cadets’ experiences and the tales of their achievements – from gaining flying qualifications before even getting their ‘L’ plates, and taking on leadership responsibilities within their squadrons, to achieving in the Duke of Edinburgh International Awards.

One of the Cadets had spoken about aviation opportunities. At that time she had just received the Duke of Edinburgh Bronze Award and was learning to fly a glider under a flying scholarship. This year she completed the AAFC Senior NCO Course and has been promoted to Sergeant, is now very close to qualifying as a solo glider pilot, and has effectively completed her Duke of Edinburgh Gold Award.

Another memorable interview was when one Cadet spoke of his experience of going solo in a DG-1000S glider at Balaklava Airfield just after his 16th birthday, and was presented with his AAFC First Solo Badge on air.

It’s heartening to know that these young people are actively doing meaningful training and participating in activities that will stand them and this country in good stead for the future.

Service Voices gives news, views, perspectives and memories from the veterans, service, volunteer and defence communities – embracing oral history and contemporary perspectives and giving a voice to a sector of our community that is not available elsewhere on air.

These interviews can be found here:

EDITOR’S NOTE: CONTACT has great pleasure and pride in acknowledging the contribution of Flying Officer (AAFC) Paul Rosenzweig to the Cadets of 6 Wing AAFC – and to this web site on their behalf. Of the (just!) 155 Army, Navy and Air Force Cadet stories on this web site, Paul personally contributed 100! I’m pretty confident in saying that Paul’s contribution to CONTACT – and to the 6 Wing AAFC public affairs and communications space – will not be matched for a very long time.

We wish Paul health, happiness and prosperity in whatever endeavours he pursues next.

And, we invite – and challenge – Paul’s successor at 6 Wing AAFC to at least attempt to fill his very big shoes.

And while I’m on my soap box – I challenge the PR and Comms people who look after the more than 500 Defence Force Cadet units and 26,000 Cadets around Australia who have never seen their unit or achievements publicised in Australia’s best boots-on-the-ground military platform to take note of the publicity 6 Wing achieved over the course of the past two-and-a-bit years, through the efforts and dedication of just one individual.

Cadet stories will always be welcomed by CONTACT, for publication in our dedicated CADETS main-menu section, the best of which also get published in CONTACT Magazine’s Cadet Corner.

Send submissions and queries (with at least one good photo) to editor@militarycontact.com or phone 0408 496 664. 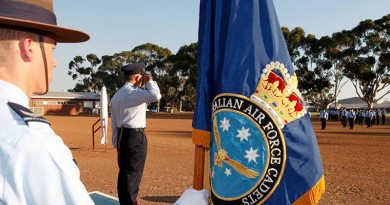 Freedom of Entry for No 7 Wing in Perth