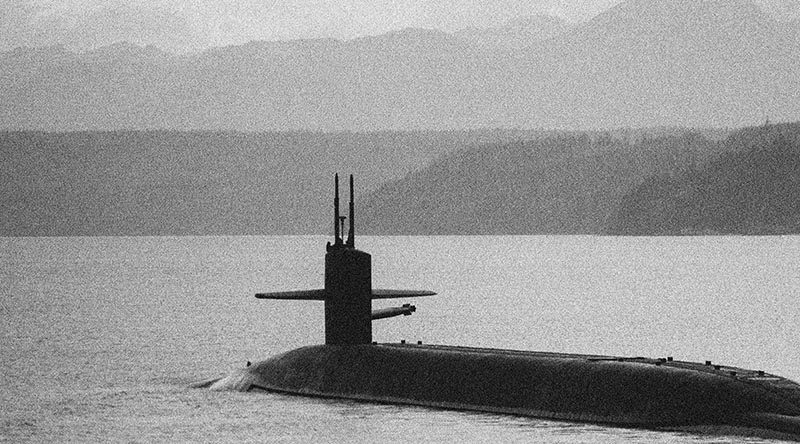 Following our editorial “RAAF caught firing blanks at live-fire range practice“, CONTACT fan John Clarkson was prompted to tell us a story of why the RAAF was forced to stop shooting practice torpedos at real US Navy submarines.

John says – Good afternoon Brian, I always enjoy your ‘Contact’ newsletters, as they contain both up-to-date news as well as a few nostalgic stories.

Your article about the RAAF firing a ‘blank’ Harpoon missile brought back memories from my days with the Orion squadrons.

I have always said 492SQN, which served both 10SQN and 11SQN, was the best squadron I had seen since active service.

Anyway, the following story was gained from other armourers who were present at the time.

Our RAAF Orion squadrons participated in many ‘RIMPAC’ exercises from the US Navy base at Barber’s Point, Hawaii.

In times gone by, we carried anti-submarine torpedoes which were fitted with electronic heads instead of the HE warheads.

To explain – when using the electronic head against a friendly submarine, the HE warhead would be removed and a head of exactly the same size was fitted.

This practice head contained sufficient electronics to track and record every movement of the torpedo from its time of release until the batteries ran out.

These records were of enormous help to aircrews and naval people alike to see just how accurate the torpedo was.

So, when the torpedo is released into the water and the sonar tracking system begins to operate, thereby steering the torpedo to its target (the submarine), all the tracking and speed mechanisms operate normally, as if it was a real target and a real torpedo – UNTIL – what is termed the ‘Last Turn’.

When armed with an HE warhead, at the ‘Last Turn, to align with the target, the steering is locked on to the target and the throttle is opened to full power – about 35 knots.

However, when a practice head is installed, the Last Turn instructions are reversed – meaning the torpedo will go at full throttle and speed just past the submarine.

If the torpedo still has enough fuel, the torpedo will recover from its ‘near miss’ and the sonar tracking will continue seeking its target, and on each approach the last-turn reversal will cause it to just miss its target.

When the torpedo runs out of fuel, a number of lead weights, which are normally attached to the practice head to simulate the weight of an HE head are jettisoned and the now-buoyant torpedo comes to the surface.

A navy vessel comes and lifts the spent torpedo out of the water and the results are examined.

So, this is how we used to train against the US Navy on several occasions.

UNTIL – one year, on one of our torpedoes, the ‘Last Turn’ function failed!!

Yes this torpedo, which is about 14 inches in diameter, about 6 or 7 feet long (from memory), and weighs about 600 pounds, travels at about 35 knots, rams into the submarine a few feet forward of the propellers!!

Obviously, there is no explosion, but the torpedo recovers from this collision and continues to aim at its target, and once again the Last-Turn function fails and the torpedo rams into the submarine!

This would have been repeated until the torpedo ran out of fuel, but with continued ramming by the torpedo into its target, its aim begins to deteriorate and eventually on its final run to the target, the torpedo rams into the conning tower of the submarine and is stuck there!!

This means that the submarine must surface as it is now leaking like a sieve!

It was an embarrassing sight as a very large nuclear US Navy submarine was seen limping into Pearl Harbour on the surface with an Australian torpedo sticking out of the conning tower.

From that event onwards, we were never forgiven!!

When I went to Hawaii on a RIMPAC exercise in February 1980 – and yes we took several practice torpedoes – the US Navy supplied a number of unmanned ‘drone’ targets, which were driven under water near a firing range for us to aim our torpedoes at.

Never again were we allowed to fire a practice torpedo at a live US Navy submarine.

I’m not sure how they practice today, as I am describing a procedure of nearly 40 years ago.

I hope you get a chuckle out of this as we all did at the time.

EDITOR’S NOTE: There must be dozens of stories like this out there. I’ve heard more than a few myself.

If anyone else wants to share a yarn or two, please send to editor@militarycontact.com

And please let us know if you want to remain anonymous or if you’re brave enough to stand by your tale, like John was.

BTW – the image is a digital composite by CONTACT. 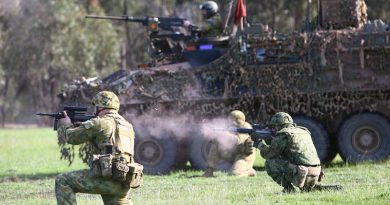 Armour in the Australian Army: Is There Something Wrong? Part 5 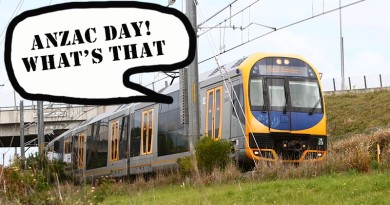 Is ANZAC Day not taught in schools or what? 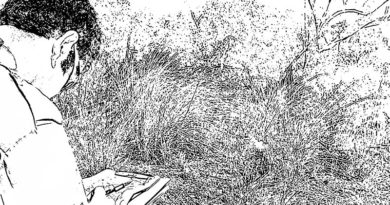