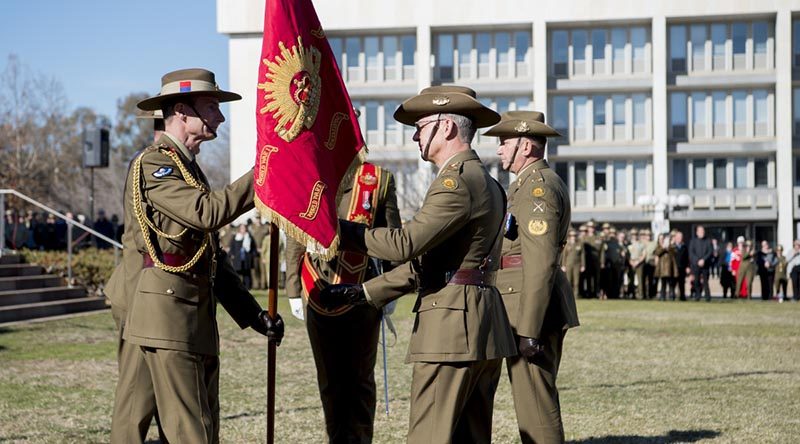 Lieutenant General Burr said he was deeply honoured to assume leadership of the Australian Army.

“I am honoured to lead the Australian Army, an extraordinary team of Australians. We have a strong foundation, great people and much to be proud of. It is a great time to be an Australian soldier,” he said.

“Today, as I commence my time as Chief of Army, I start by recognising the ongoing contribution our soldiers make to the security of our nation.

“They are dedicated and selfless in their service and I am proud of the extraordinary things they accomplish.

“Our men and women hold a special position of trust and we acknowledge our accountability to each other, the Army and our country.

“It is my good fortune to assume command after Lieutenant General Campbell.

“We are grateful for his authentic and ethical leadership, reinforcing our values and making us stronger.

“I commit to building upon his work.

“Army should expect continuity and momentum from me with respect to Lieutenant General Campbell’s policies and direction.”

One of Lieutenant General Campbell’s recent policy directions didn’t go down well with soldier – or CONTACT fans – the so-called ‘death iconography ban‘, with an open letter in rebuttal from a retired and decorated infantry sergeant receiving more than 36,000 page views on this web site (our number one most-read post ever).

Outgoing Chief of Army Lieutenant General Angus Campbell said it was a great privilege to lead the Australian Army and, after three years in command, it was time to hand over his responsibilities as Chief to Lieutenant General Burr.

“I am confident our Army is in great hands under his leadership.

“I would like to thank the men and women serving in our Army for their dedication and support during my tenure as their chief.

“I am very proud of them and the Army that together we have continued to build, guided by our values and a shared commitment to our nation.”

Lieutenant General Burr most recently served as the Deputy Chief of Army.

Before that, he served as Deputy Commanding General US Army-Pacific – the first foreign officer to hold such a position.

In 2011–12 he was commander of the 1st Division and the Deployable Joint Force Headquarters.