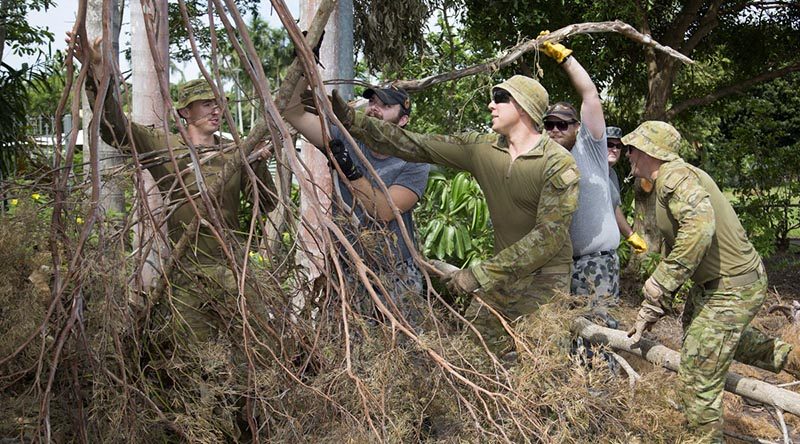 Joint Task Force 659 – the Australian Defence Force’s response to a request from the Northern Territory government for assistance following Tropical Cyclone Marcus – has been stood down, officially marking the end of their support mission.

Cyclone Marcus struck the Darwin region on 17 March, leaving more than 24,000 homes without power and a further 700 homes damaged when the category two cyclone brought down hundreds of giant mahogany and gum trees closing schools, businesses and many roads.

With the threat of a second cyclone forming off the coast, emergency services were initially supported by approximately 80 soldiers from the Darwin-based 1st Brigade.

Following an NT government request for additional support, on 20 March, the ADF raised a Joint Task Force, which, over the past week, has seen up to 800 Defence personnel from the Army, Navy and Air Force support ongoing clean-up efforts.

“Their efforts have contributed to the reopening of 30 schools, assisted five major public buildings including the Northern Territory Government Parliamentary Precinct, and the clearance of numerous parks and many of Darwin’s city and suburban streets.

“Our people have received an extraordinary amount of support from the people of Darwin and Palmerston including offers of cold drinks and continual words of encouragement and thanks.

“If there is a positive to be taken from the devastation left by cyclone Marcus, it has really galvanised the Top End community and reinforced core Australian values like mateship, teamwork and initiative.

“Defence has been part of the Darwin and Palmerston communities for more than 70 years and shares in the community’s resilience to natural disaster and proud history of helping out a mate,” Brigadier Pearse said.

“For the ADF, it has been great to give something back to the communities, and help our friends and neighbours.

“As the NT government effort switches from emergency clean-up to recovery operations, and professional contractors move in to support the clean-up, I couldn’t be prouder of our people and the significant contribution they’ve made to help the region get back on its feet.” 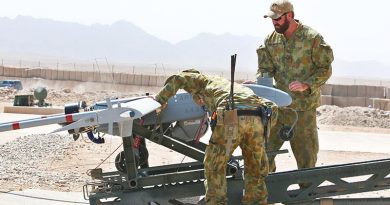 Army drone program out to tender