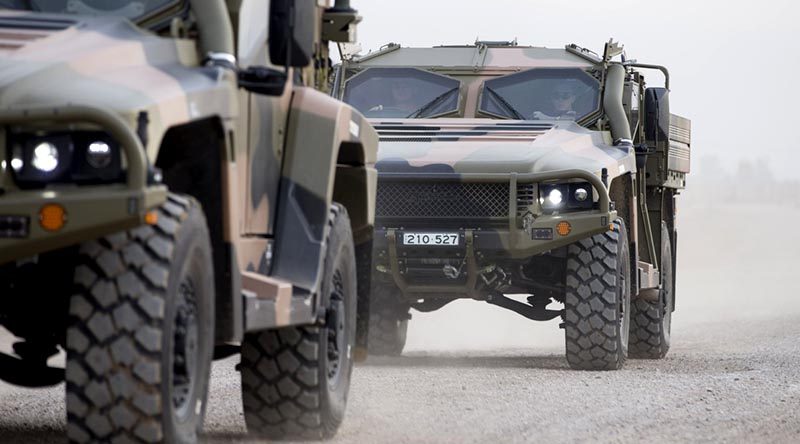 The Hawkei Protected Mobility Vehicle – Light, in two- and four-door variants were photographed recently at the Taji Military Complex, Iraq.

Hawkei PMV-L was sent to the Middle East late last year then forwarded to Taji Military Complex in Iraq , ready to trial in an operational environment as part of the Capability Acquisition and Sustainment Group’s Land 121 project.

The trials will be conducted by Task Group Taji, a component of the Australian Defence Force’s Operation Okra.

Task Group Taji will test the deployment, sustainment and re-deployment of both the two- and four-door variant in an operational environment.

This type of real-world testing is not unprecedented – two Bushmaster prototypes – B1 and B2 – were deployed to East Timor in the early stages of INTERFET, in 1999.

The current trial will run until mid-2018.