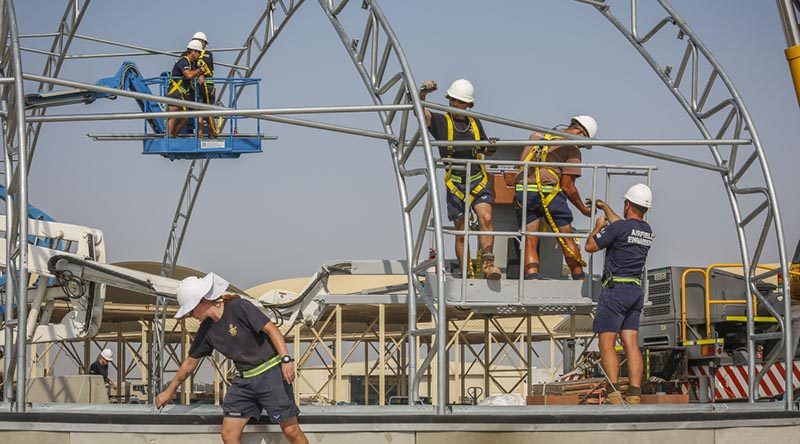 Airfield engineers deployed to the Middle East Region (MER) construct temporary shelters on the flightline at Australia’s main air operating base in the Middle East.

The shelters will be used to shade the F/A-18F Super Hornets deployed as part of Operation OKRA.

In total, three shelters will be constructed for the aircraft.

Temperatures on the flightline in summer can reach as high as 65 degrees Celsius.

The airfield engineers are part of the Engineering Support Element (ESE), which has detachments across the MER supporting the forces deployed in the region.

The personnel who make up part of the ESE are deployed on Operation Accordion to support and sustain ADF operations in the MER, enable contingency operations and enhance regional relationships.

There are about 500 ADF personnel deployed on Operation Accordion throughout the MER working alongside and supporting the other ADF Operations of Highroad, Okra and Manitou. 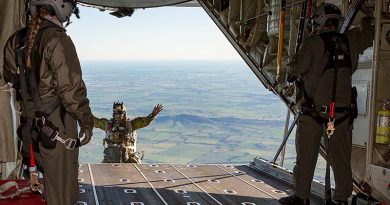 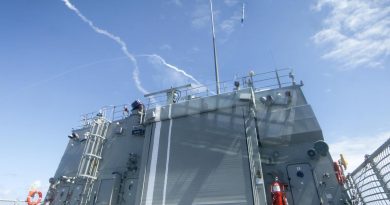 The rise and rise of Australia’s greatest defence export – Nulka 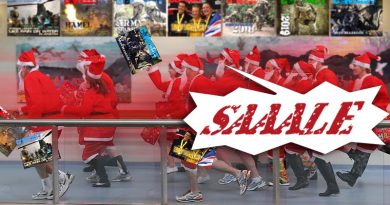