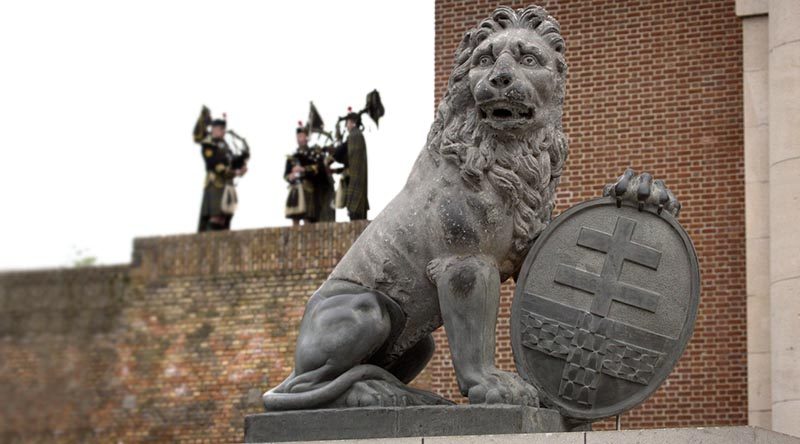 Minister for Veterans’ Affairs Dan Tehan today announced that Australia would produce replicas of the famous Menin Gate Lions and gift them to the Belgian city of Ieper in recognition of the 100th anniversary of the service and sacrifice of Australians in Flanders during the First World War.

After the war, the Menin Gate became the site for a memorial to those killed in Belgium and who have no known grave. The memorial bears the names of 55,000 British and Dominion soldiers.

The Menin Gate Lions were given to the Australian government by the City of Ieper in 1936 as an expression of gratitude for the ultimate sacrifice made by more than 13,000 Australian soldiers in Belgium.

The lions had stood on each side of the Menin Road since the mid-nineteenth century, and in 1917 many Australian soldiers passed through the Menin Gate on their way to the Western Front, outside of the town they knew as ‘Wipers’.

They have been on display at the entrance to the Australian War Memorial since 1991 and are currently on loan to Belgium until Armistice Day on 11 November this year.

Mr Tehan said the gift was a sign of the enduring relationship between Australia and Belgium.

“The names of more than 6000 Australians with no known grave are listed on the Menin Gate Memorial in Ypres,” Mr Tehan said.

“Every evening in Ieper the residents honour the memory of those missing Australians, and every Australian who served in World War I, by sounding the Last Post at the Memorial.

“Australia’s gift of a reproduction of the Lions is symbolic of our shared history as allies in the First World War.”

Mayor of Ieper Jan Durnez said, “We are proud to host thousands of Australians to our city every year, and this generous gift from the Australian government will only strengthen a special bond that has lasted for more than 100 years”.

Australian War Memorial director Brendan Nelson said almost every Australian who fought and died on the Ypres-Salient in Flanders, marched to battle past the Menin Gate Lions.

“For our 13,000 dead, they represented often the last glimpse of a civilised normality,” Dr Nelson said.

“A gift to Australia to thank our nation for its sacrifice, the Menin Gate Lions have welcomed visitors to the Australian War Memorial for two generations.

“In this centenary of the battle of Passchendaele, they proudly sit on plinths in front of the Menin Gate where they were a century ago.

“I am proud on behalf of the Australian War Memorial to play a part in our government’s gift to the people of Ypres (Ieper) of replica Lions to permanently sit on plinths in front of the Menin Gate.

“In welcoming visitors to Ieper they will forever remind us of the bond within which our two countries now live, forged in bloody sacrifice in Flanders.” 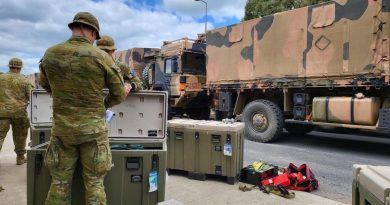 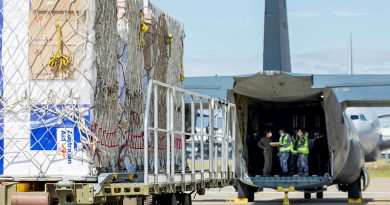 Supporting the COVID-19 battle in Fiji