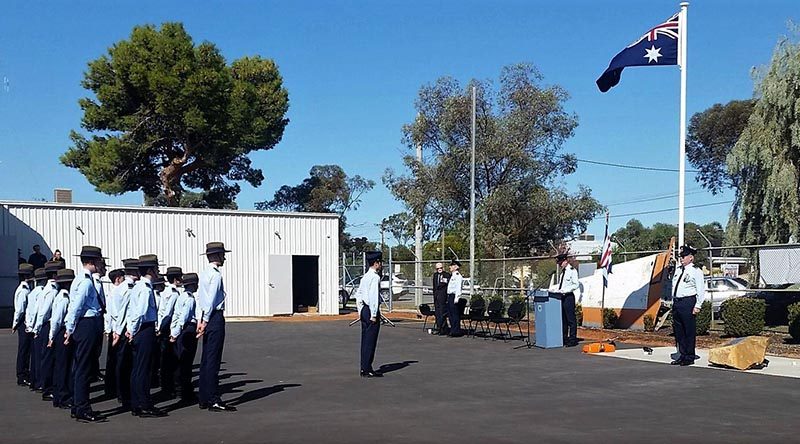 Earlier this year, Air Force Cadets from No 623 Squadron supported Mildura Regional City Council with its Australia Day Flag Raising Ceremony, and then proudly supported local Anzac Day activities. On Saturday 6 May they were on parade again – for the official opening of their own new training depot.

No 623 Squadron is based to the far east of Adelaide, in Mildura across the border in Victoria. They are administered by HQ 6 Wing in Adelaide, being the nearest operational Wing Headquarters, but the cadets have some notable differences from their South Australian counterparts. They complete studies towards the Victorian Certificate of Education (VCE) rather than the South Australian Certificate of Education (SACE), they have different Tertiary entrance requirements (VTAC vs SATAC), and have some different public holidays.

But these cadets complete the same AAFC training curriculum and in many ways see themselves very much as South Australian Air Force Cadets. Notably, Cadets from 623 Squadron marched with their colleagues in June 2016 when No 6 Wing exercised its Freedom of Entry of the City of Adelaide (originally granted in 2003).

Their new depot was officially opened on Saturday 6 May, with a combined Open Day and parade commanded by Cadet Under Officer Jacob Adolph. The Host Officer was Wing Commander (AAFC) Peter Gill, Officer Commanding No 6 Wing. Also in attendance was the Regional Executive Officer–North (RXO-N) Squadron Leader (AAFC) Robert Boyd.

The Commanding Officer, Flying Officer (AAFC) Scott Hines, said “We greatly appreciate the support of Mr Andrew Broad MP, Federal Member for Mallee, for supplying us with the Australian National Flag and the Aboriginal and Torres Strait Islander flags for our new depot flag poles”.

6 Wing Public Affairs & Communication Officer, Pilot Officer (AAFC) Paul Rosenzweig said, “Having a depot to call home will undoubtedly increase the motivation of these Air Force Cadets to attend, develop and in their senior years take some responsibility for leadership and management within their own squadron”.

No 623 Squadron parades on Monday nights during the Victorian school terms, from 7 to 9.30 pm. 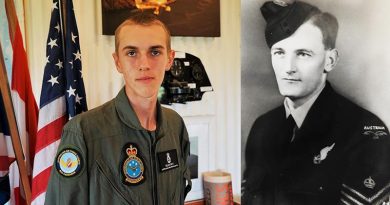