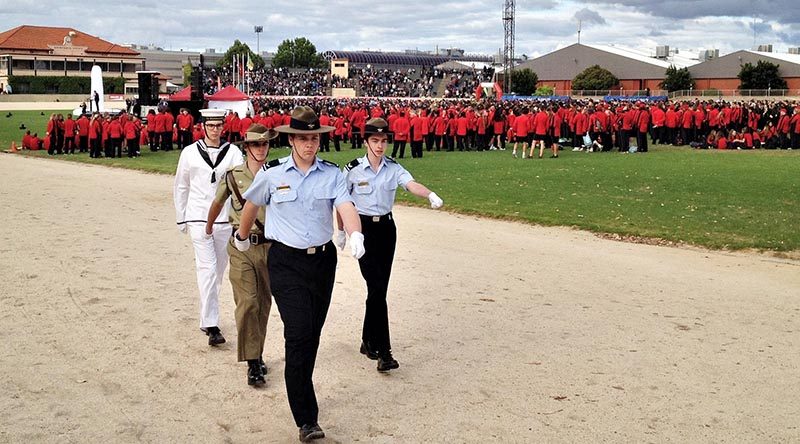 The tri-service party raised the flags to mark the official commencement of the 10th Pacific School Games – in front of over 4000 student athletes from nine different countries and every Australian State and territory, and an audience maybe four times that number.

One of the competitors raised the PSG flag.

Cadet support was requested by the PSG as a Defence Aid to the Civil Community (DACC) Level 4 task, so these cadets were in fact fulfilling a community support task on behalf of the Australian Defence Force. 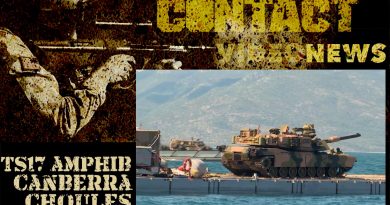 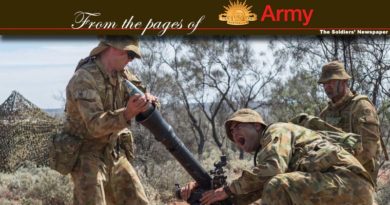 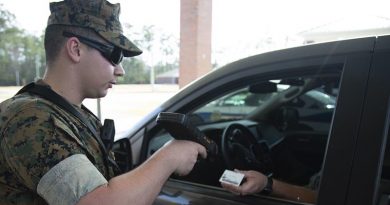