Today is the 75th anniversary of the first bombing of Darwin in 1942 – the year Japanese imperial ambition knocked on Australia’s door.

On Thursday 19 February 1942 at about 9:58am, the first waves of nearly 190 Japanese aircraft began bombing and strafing the many ships in Darwin Harbour.

Three warships and six merchants were sunk within 30 minutes, with many more damaged.

The airport, army barracks and oil-storage facilities were also attacked and seriously damaged.

A second attack about two hours later concentrated on RAAF Base Darwin.

More than 240 people were killed, including 16 civilians in the town and 23 civilian workers on the harbour wharf.

More than 100 Americans were killed, including 88 crew members of the American destroyer USS Peary.

In all, records show that 681 bombs weighing more than 114 tonnes were dropped on Darwin by 205 bombers – making it a significantly bigger attack than that on Pearl Harbor a little over two months earlier, where 417 bombs and 40 torpedoes were dropped.

The greater loss of life in Hawaii (2400) was largely down to the presence of several capital ships and the loss of 1177 souls on the battleship USS Arizona.

After Darwin, other towns across Australia’s north were bombed in following months, including Katherine, Broome, Townsville, Wyndham, Exmouth, Derby, Horn Island and Cairns.

In total there were 97 air attacks on northern Australia, including 63 more on Darwin.

Minister for Veterans Affairs Dan Tehan, in Darwin for this year’s anniversary, said military personnel and civilians showed great courage and resilience during the attacks and Australia continues to honour the men and women who fought and died.

“Today we should reflect on the service and sacrifice of the men and women of our defence forces and the values they fight to defend,” he said.

“And we should be grateful that war has not visited these shores since.”

The City of Darwin holds commemorative events on the 19th of February every year to observe the Bombing of Darwin in 1942.

At 9:58am, a World War II air-raid siren sounds to mark the precise time of the first attack, and members of 103 Battery, 8th/12th Regiment, Royal Australian Artillery, dressed in WWII-period uniforms, fire guns in depiction of Darwin’s defence. 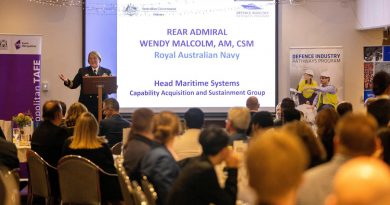 Graduates on the pathway to success 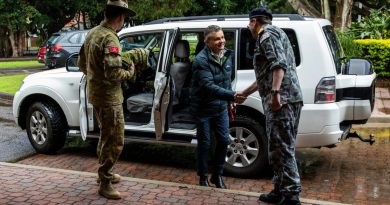