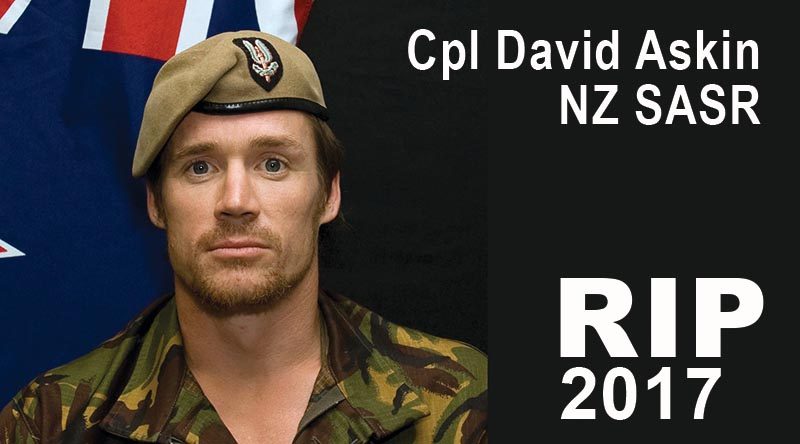 The New Zealand Defence Force has confirmed reports that a helicopter pilot who died in a crash while fighting fires in Port Hills near Christchurch yesterday was a decorated soldier who served with 1st New Zealand Special Air Service Regiment in Afghanistan.

Corporal David Steven Askin was awarded the New Zealand Gallantry Star in 2014 for service in Afghanistan, including the now-famous incident at the Intercontinental Hotel in Kabul in 2011.

During that incident Corporal Askin was wounded by grenade and rifle fire, yet carried on with his mission and rescued guests from the hotel as fire broke out.

He was also cited on a number of other occasions for exceptional bravery during operations in Afghanistan.

The Gallantry Star is New Zealand’s second-highest gallantry award, presented for acts of outstanding gallantry in situations of danger.

“Our thoughts are with his family, friends and comrades at this time,” Major General Kelly said.

“His performance was of the highest order and was in keeping with the finest traditions of New Zealand’s military record.

“During his time in Afghanistan, Corporal Askin displayed great gallantry and leadership in the face of the enemy.

“He put himself in the line of fire, and put the objectives of the mission before his personal wellbeing.”

Corporal Askin’s medallic recognition was announced without his identity being made public in December 2014 by the Minister of Defence Gerry Brownlee.

His citation for the NZ Gallantry Star reads:

“Serviceman D displayed outstanding gallantry on several occasions in Afghanistan in 2011. Serviceman D repeatedly faced heavy fire from determined enemies and sustained several wounds in the line of duty, while contributing to the resolution of several incidents, the protection of civilian life and undermining enemy operations. Serviceman D’s performance was of the highest order and in keeping with the finest traditions of New Zealand’s military record.”

Corporal Askin enlisted in 1998 and left the full-time Army in 2013, though he remained an active member of the SAS Reserves. 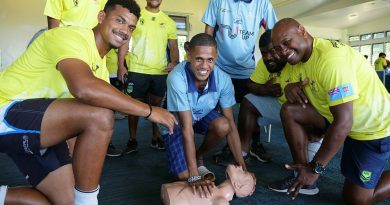 Strengthening bonds in the Pacific through sport