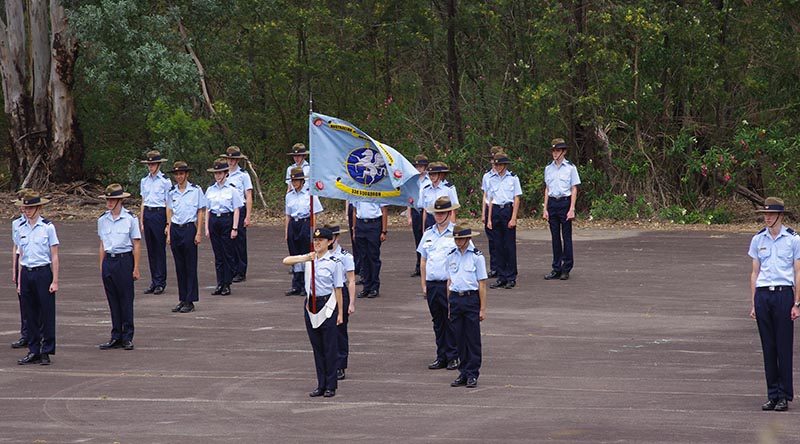 Mayor of Hawkesbury City Council, Councillor Mary Lyons-Buckett, acknowledged last year’s 75th Anniversary of the Australian Air Force Cadets when she presented 336 Squadron with Freedom of Entry to the City of Hawkesbury.

The commemorative scroll was accepted on behalf of the squadron by Cadet Under Officer Lulu Ryan at the squadron’s annual Trophy Day Parade on Sunday 18 December.

The squadron hopes to exercise this Freedom with a street parade in 2017.

The Commander of Air Mobility Group and Senior ADF Officer for RAAF Base Richmond, Air Commodore Richard Lennon, was the reviewing officer.

The Scheyville parade brought back memories for John Bushell , Chairman of the NSW Chapter of the Officer Training Unit, and Leon Walker from the National Serviceman’s Association. Both presented awards. Mr. Walker congratulated the squadron on a wonderful parade, thanking them for involving the local RSLs and ‘Nashos’ in the occasion.

The last time a uniformed parade took place at Scheyville was when the Officer Training Unit closed at the end of the Vietnam War.

Known as 1OTU, Scheyville was established by the Australian Army. From 1965, it offered a short but rigorous commissioning course for trainee officers called up under the National Service Scheme.

The course was tailored to meet the Army’s need for increased numbers of junior officers and provided platoon commanders for units serving in Vietnam and Southeast Asia.

The National Service Scheme was abolished in December 1972, and OTU Scheyville was closed down shortly after.

In the past 43 years, many OTU buildings have disappeared and the old ground has grown a few weeds and cracks, but it remains the perfect spot for a parade.

FLTLT (AAFC) Lockwood declared the day “an outstanding success” and looks forward to an even bigger event next year.

Councillor Zamprogno said afterwards that he was thrilled to see the old ground being used again for its intended purpose.

336 Squadron wishes to thank Hawkesbury City Council for the honour bestowed and also acknowledge Helen Ord and the staff of Scheyville National Park for their assistance in planning this event.

The Flight Trophy donated by the National Serviceman’s Association for the most successful flight within the SQN was presented by Leon Walker and collected on behalf of the TROJAN Flight by CFSGT Jordan Klompenhouwer – Trojan’s Flight Commander.

The CO’s Encouragement Award is presented to the Cadet who has shown a keen interest and passion in cadets as a whole and has shown leadership beyond the expectations of their rank. The award this year was presented to: CCPL Jamie Cauchi and CO 336 SQN, FLTLT (AAFC) Dennis Lockwood presented the award.

Cadet of the Year is awarded to the cadet who has shown the most potential at the SQN. This cadet is outstanding in every aspect, particularly in leadership, but also drill and dress and bearing. This year was particularly hard for the staff to choose and it sparked much friendly debate.

We have had two cadets that have consistently worked well together, helped each other carry out their duties, maintained their passion for Cadets, especially during busy times, and used each other’s strengths to run the SQN.

They were always the best dressed members in the SQN, great support to the staff members and always available to help junior cadets improve.

The award was presented to: CWOFF Damon Cooke and CWOFF Maggie Yap by by AIRCDRE Richard Lennon. 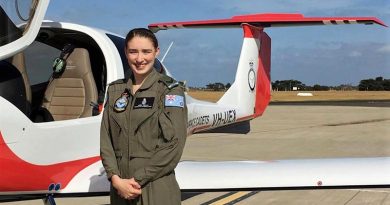 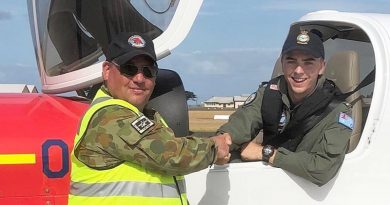 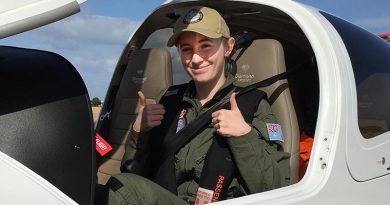