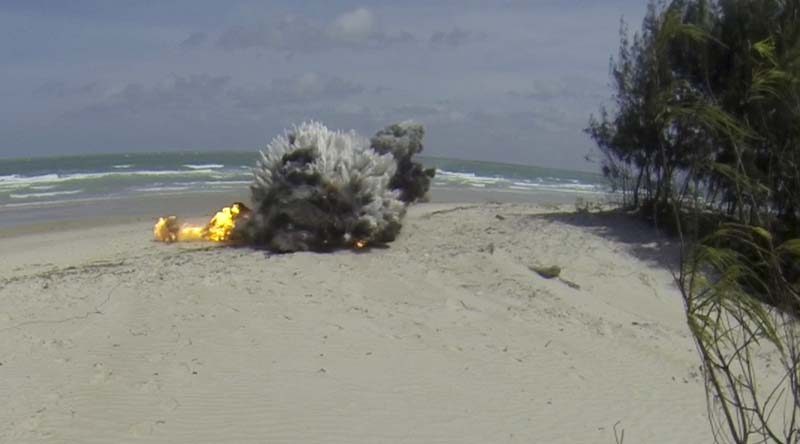 Gascoyne, a mine hunter coastal vessel, was deployed from Sydney on 11 October to respond to a request from Maritime Safety Queensland to assess two sites off the coasts of Cooktown and Bamaga.

The first item was found by local divers 26 nautical miles east of Cooktown on 6 October, with another suspected unexploded item found on the beach at Newcastle Bay, Cape York, on 9 October.

The items posed a significant hazard to the public and the decision was made to dispose of the items on site for safety reasons.

“With less than 24 hours’ notice we were travelling to north Queensland and, after arriving in the area off Cooktown, we located an old sea mine in approximately 7 metres of clear water,” Lieutenant Commander Parton said.

“After a careful environmental and safety assessment the divers determined the best course of action and safely detonated the mine.”

Lieutenant Commander Parton said the weather was more testing during the disposal of the second item with strong winds and choppy waters.

“The shallow waters required us to anchor three miles from shore near Bamaga. Our divers went ashore, assessed and disposed of the item.”

“The close working relationship between stakeholders helped ensure the success of this mission.

“The safety of the Australian people and the protection and accessibility of Australian waters for commercial or domestic use is at the forefront of the Royal Australian Navy’s priorities.

“Navy’s Huon-class minehunters are a vital part of Navy capability and provide versatility in these situations.”

Members of the public who find an item that they suspect may be unexploded ordnance should not touch or move the item, but contact their nearest police station.

Further information on unexploded ordnance safety can be found at www.defence.gov.au/uxo/ . 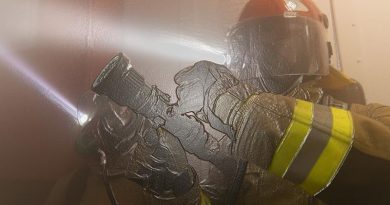 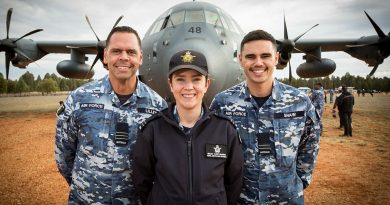