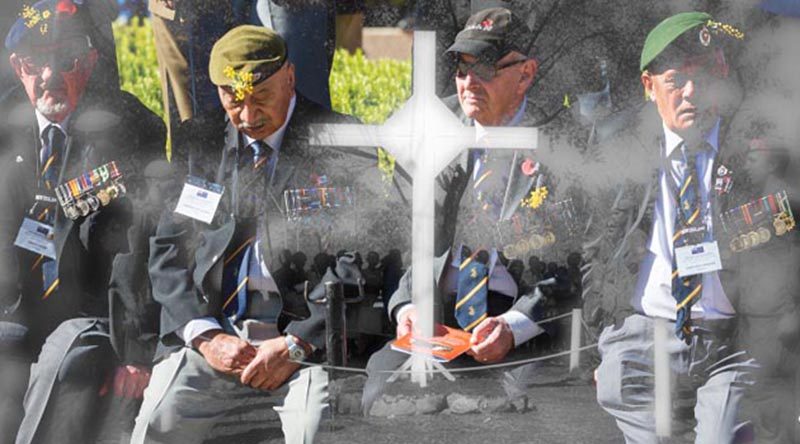 Today is Vietnam Veterans’ Day – when Australia honours the service and sacrifice of nearly 60,000 men and women who served in the Vietnam War.

521 Australians lost their lives and more than 3000 were wounded.

August 18, 2016, is also the 50th anniversary of the Battle of Long Tan, one of the fiercest battles fought by Australian soldiers in Vietnam, involving 105 Australians and three New Zealanders from D Company 6RAR.

In the battle, a total of 17 Australians were killed in action and 25 were wounded, one of whom later died of his wounds. 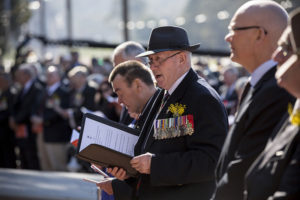 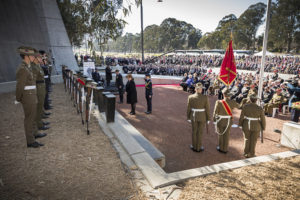 As part of the commemorations, aircraft from the Vietnam era, including two USAF B-52 bombers, a C-130 Hercules, a Caribou, DC3, UH-1 Iroquois, Sioux, Cessna O-2 and Cessna Bird Dog, flew over Parliament House then along Anzac Parade and over the Australian War Memorial.

Four artillery guns manned by members from 103 and 105 Australia Batteries, 161 New Zealand Battery and a United States Army gun crew fired a salute from Rond Terrace on the banks of Lake Burley Griffin.

Minister for Veterans’ Affairs Dan Tehan said the men and women who served in Vietnam were worthy custodians of the Anzac tradition.

“On the 50th anniversary of the Battle of Long Tan, we should reflect on the sacrifice and experiences of the Australians who served their country in Vietnam,” Mr Tehan said.

“The bravery, tenacity and sacrifice of the Australian and New Zealand soldiers at Long Tan has come to symbolise Australia’s involvement in the Vietnam War.

“Today we honour and commemorate every single Australian who served in Vietnam, and we use this as an opportunity to reflect on that period of our history and to say ‘thank-you’ to our veterans for their service.”

Chief of the Australian Defence Force Air Chief Marshal Mark Binskin the Battle of Long Tan remained one of the most significant battles in Australia’s military history.

“Isolated and out numbered 20 to 1, Delta Company took on the Viet Cong and, in an extraordinary feat of courage and determination, they held off the advancing enemy for several hours until reinforcements arrived,” Air Chief Marshal Binskin said.

“With artillery support, the Australians stood their ground and when the ammunition ran low, Royal Australian Air Force Iroquois pilots also braved the treacherous conditions to fly dangerously low along the tree-line to drop ammunition to the troops in contact and evacuate the wounded.

“Today, as we honour those who fought the Battle of Long Tan, we also remember the 521 Australians killed and the thousands who were wounded in the Vietnam War.

“We also recognise the 60,000 Australians who served during the conflict, whether they fought in other significant battles like Coral, Balmoral, Bihn Ba or Operation Bribie or served with the Royal Australian Navy as clearance divers or on the gunline providing fire support to ground forces.

“We acknowledge all those who served, particularly those who continue to suffer from the effects of their military service today.”

New Zealand Chief of Army Major General Peter Kelly said it was humbling to be with the veterans in Canberra.

“I’m, very conscious of the legacy that we’ve inherited and it’s our challenge to always live up to that legacy.” 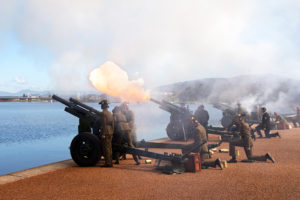 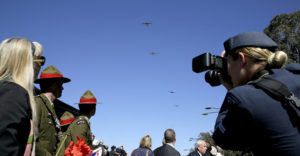 The names of 521 personnel were read from the Vietnam Honour Roll at the Australian War Memorial at 5.30am, followed by a Stand-to Service at the Stone of Remembrance on the Memorial’s Parade Ground at 7am and a breakfast in the park for Vietnam veterans supported by the Department of Veterans’ Affairs and the ACT Government.

At Gallipoli Barracks, Brisbane, there was a commemorative parade and reception for members of the Long Tan Veterans Association and the 6RAR Association organised by the Australian Defence Force at 3.15pm, which was also attended by some of those who attended in Canberra in the morning. 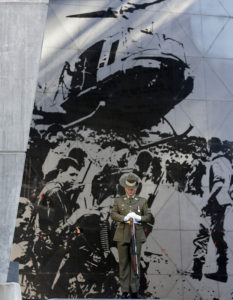 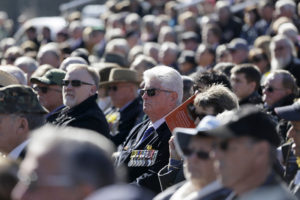 Mr Tehan paid tribute to the many organisations that had contributed to this year’s commemorations.

“Virgin Australia transported Long Tan veterans and their guests to Canberra for the special commemorative events then flew them from Canberra to Brisbane on a special Virgin Australia Charter flight to attend the Commemorative Parade and Reception at the Enoggera Barracks.

“I would also like to pay tribute to the Vietnam Veterans’ Association of Australia and the role it played in the establishment of a dedicated counselling service to meet the needs of veterans and their families.

“VVCS is a legacy of Australia’s Vietnam veterans — because of their efforts veterans around Australia can access specialised mental health and support services.” 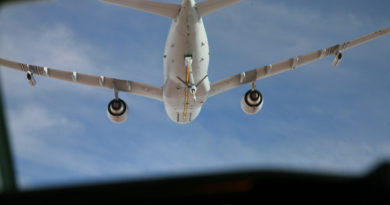 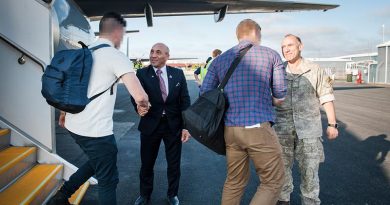