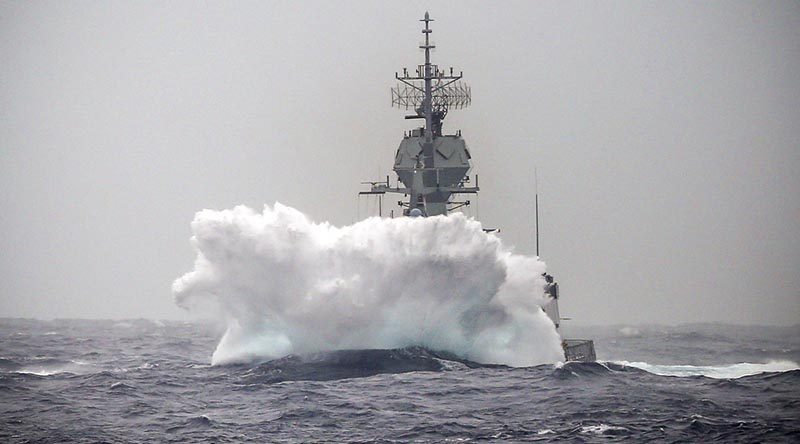 HMAS Perth encountered heavy seas as she prepared to take over patrolling duties from HMAS Darwin in the Middle East Region as part of Operation MANITOU.

HMAS Perth (III) is the first of the Anzac Class frigates to undergo the Anti-Ship Missile Defence Upgrade and is the first ASMD upgraded warship to deploy to the Middle East Region.

Based on the success of this extensive upgrade, the remaining ships of the class are being progressively upgraded with the enhanced weapon and sensor systems fit.

Embarkation of the helicopter also provides the ship with the capability to deliver air-launched anti-submarine torpedoes and Hellfire air-to-surface missiles.

The name Perth carries with it the proud histories of two former RAN warships.

Around 190 officers and sailors of Perth (III) look forward to building on the excellent reputations earned by their two previous namesakes.

HMAS Perth departed  from her home port of Fleet Base West, HMAS Stirling, Western Australia on 7 June and has now taken over patrolling responsibilities in the Middle East.

HMAS Darwin is on her way home, her deployment and successful mission overshadowed by the death of a crew member in Muscat, Oman, in her final days in the Middle East.

Operation MANITOU is the current name for the Australian Government’s contribution to support international efforts to promote maritime security, stability and prosperity in the Middle East Region (MER). An enhanced security environment ensures Australia’s safe and open access to the region while fostering trade and commerce. 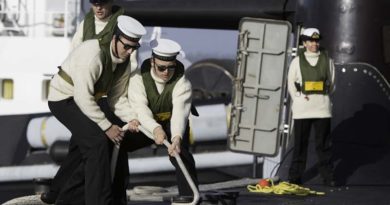