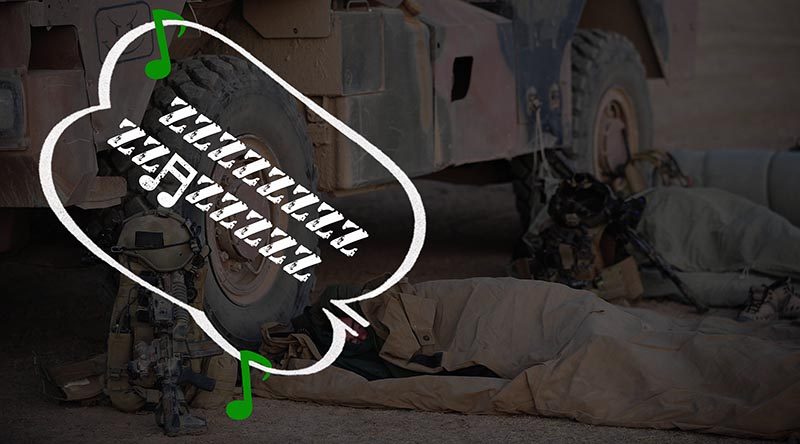 It’s one of life’s great mysteries, the fact that I can fall asleep during a live-fire shoot detailing man’s loudest explosions, yet be kept awake by the sound of my own nose whistling.

In my defence, this was a new phenomenon, and something that, under any other circumstances, would have been amusing.

However, at 1:30 in the morning, having your nose emit a solid C-major every time you exhale is just plain annoying.

What made matters worse was that I wasn’t alone in my musical endeavours.

My OC was also blowing his horn — I’m guessing in E-flat — which, between the two of us, sounded like a pair of jug blowers trying to tune up for the spring dance.

Instinctively, I grabbed the earplugs from my pocket and inserted them. As I quickly discovered, this is a little like covering your ears so you can’t hear yourself sing.

I then contemplated the idea of inserting the plugs directly into my nostrils, but decided against it for two reasons.

First, I would be forced to breathe through my mouth, which would lead to snoring and blunt objects thrown at me.

Secondly, should my mouth somehow fall shut during the night, the resulting pressure would create a pair of high-velocity projectiles ricocheting through our position without warning — the mere thought of which would keep me awake.

As I laid there in the dark trying to come up with a solution, I discovered that if I flared my nostrils, I could change the pitch of my nose instrument.

While this wasn’t useful in solving the problem, it did allow me to perform a rather sassy rendition of the ‘Wide World of Sports’ theme music with my still-sleeping OC as a way to pass the time.

It was this discovery that got me thinking about the science behind the music, and how it was the combination of air, nasal passages and the particular formation of snot lining those passages that created the sound.

Following that line of thought, it stood to reason that altering one of those components would stop the sound. I immediately deemed “breathing” and “nasal passages” as components that were too risky to consider altering, leaving me with component number three: snot.

While I won’t get into the specifics of how I altered my snot, I will tell you that it was quick, easy and only required one finger.

After a rather lengthy trip through the musical scale — and an abbreviated rendition of “American Pie” — the music coming from my nose did indeed die.

This left my OC as a soloist.

Now, I’d like to say that I was able to make the necessary adjustments to his snot without incident, and then fell quietly to sleep.

The truth is, I’m still trying to explain to him exactly what I was doing when he woke up. And why “Wide World of Sports” theme music has been stuck in his head all day. 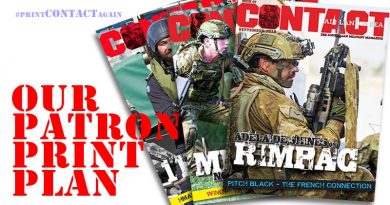 #printCONTACTagain – how it works and why 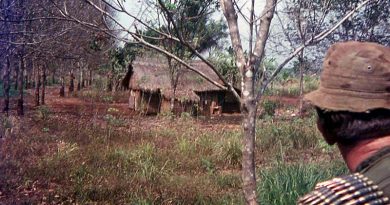