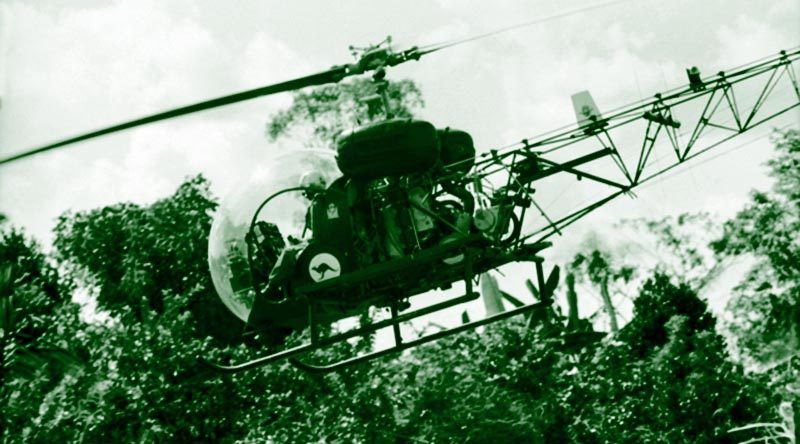 There were no speeches, no fanfare. Moon simply arrived.

He came from a posting in New Guinea and he could speak fluent Pidgin English.

Whereas the previous platoon commanders had a traditional Army leadership style, Moon was different. The Army manual tells a new commander to impose himself on the men. Do something bold and impressive.

Moon did not big-note himself, he was a very humble, unassuming man. He commanded the platoon through the section commanders and he worked very closely with them.

It didn’t take long for him to gain the respect of the men, but I had a suspicion a larrikin was lurking somewhere under that humble persona.

Moon changed the way we operated. Whereas before we would search most of our AO (Area of Operations) by patrolling all over it looking for the enemy, Moon would look at the map and highlight the natural features such a streams and raised ground (I was nearly going to say hills); and concentrate on those.

The platoon would set off about 8am, patrol for a couple of hours and prop.

Half the platoon would then go on a recce, checking for enemy signs and return. Then the other half would check out another area.

This way we covered more ground by actually patrolling less. The objective was to find something to ambush each night: maybe a track, a stream (where we could resupply water); or better still a track and a stream.

By 4pm we were in a harbour and maybe we could get lucky.

And lucky we were.

One of the sections came across an old track which didn’t appear to have any recent use. That would be our night location.

As we were moving into an ambush/harbour site the platoon propped.

The enemy sign – the hand held in the thumbs-down position – came down the line.  6 section had spotted something.

Suddenly, one shot rang out and a machine gun opened up, we all ran forward and closed up at the rear – our contact drill just like we had rehearsed many times.

Killer and I were facing to the rear. My heart was racing at full warp speed; my breathing was so rapid I had to open my mouth to get more oxygen in.

No sooner had the shooting started than it was over.

Then there was silence.

I could hear the voices from the section as they moved forward and swept the area.

Moon placed us in a harbour.

One VC was dead. He had an AK47, a pack and some documents. His body was dragged in off the track.

Wally from Tasmania was the number two on the gun for 6 section and he filled me in on what happened.  They saw the guy coming down the track, he wasn’t just walking, he was stepping left and right across the track as he moved towards them.  Maybe he was trying to hide his footprints.

They decided that Wally should fire first because a burst from the machine gun, with its cone of fire, may miss him. Wally hit him right in the chest and dropped him instantly. Glenn, the machine gunner from Victoria, opened up just in case there were more enemy and covered the whole area with suppressing fire. It was all over in a matter of seconds.

Details of the contact were radioed to Alpha Company HQ and soon a Sioux chopper arrived and hovered above us as a bag was lowered down on a rope.

I got the call to go to platoon HQ. Mick handed me a Polaroid camera and said “Knackers we need you to take some pictures.”

Well how about that?  I was considered the camera guru of the platoon and I couldn’t even understand my own Canon SLR let alone work out a Polaroid.

It was the same type of camera that Rick used back in Townsville to take pictures of the sheila with the big tits at the swimming pool.  You can see how valuable that sort of training was.

Mick read out the instructions, “Take one profile shot and one full face frontal.”

I looked at the camera, it was a bellows type, I pulled it out and the sights opened up at the same time.  No viewfinder here, just a simple black bit of metal with a hole in it and an inch away an open frame.

I looked down at the dead guy.  The only other dead person I’d seen was a guy in a coffin when I was a kid, and then I only got close enough to see his nose protruding above the white stuff on the side of the coffin.  I was too scared to go any closer.

Yet here I was in a war zone with a camera I had no idea how to operate trying to take pictures of a VC who had just been hit with a round from an SLR.

He was of slight build, as all Vietnamese seemed to be, and he was about my age.  His shirt was pulled up to his neck and his arms were stretched up beside his head – a result of being dragged in off the track by his legs.

I could see his chest where the bullet entered his body.  It was a simple mark about the diameter of a pencil and a little bit of blood had trickled out only an inch or two.  It was located just below his rib cage in the centre of his chest.  Wally said the impact blew him from one side of the track to the other.

I was amazed by my reaction to seeing this poor bastard lying there.  I felt nothing.

I pulled his right arm back down so I could get a clear profile shot of his head.  I pulled on the shirt fabric which was damp and greasy and I moved the arm in an arc and placed it beside his trunk.  I wiped the greasy stuff from my hand onto on my trousers, laid down and aimed the camera at his face.

I was aware that the light was poor, so I held the camera as steady as I could by locking my elbows and controlling my breathing, which had settled down somewhat since the beginning of the contact.

I framed up the shot to include his head profile and clicked the shutter in a nice easy smooth motion, just like pulling the trigger on a rifle.

I stood up and pulled the film out of the camera by pulling on the tab marked ‘pull.’  I handed it to Mick who placed the film into a metal clip and tucked it under his armpit as per the instructions.  Well the instructions said nothing about armpits, it said to place the film in a warm spot for 30 seconds and peel back the cover.

I’m just glad I wasn’t handling the metal clip after it had been under Muick’s armpit.

Mick peeled back the film, we all gathered in for a closer look.  He held up the black and white picture.  It was perfectly exposed, a great picture, nice and sharp, taken in poor light because I used the marksmanship principles.

Yep, it was a perfect picture alright, save for one important thing – I took a picture of his ear!  Shit!

We only had 9 photos left in the camera.  The pressure was on to deliver.

Well I laid down again, a bit further back this time and got the profile shot.  I them moved above the body and after a couple of more attempts we got what was required – a full-face frontal shot and a profile shot, but I used the whole film in the process.

I didn’t know this before, but these pictures will be used to identify the VC.

With my first photographic assignment completed, I couldn’t resist having a look at the AK47.

It used the same calibre ammunition as our SLR, which was 7.62mm.

It was lighter and shorter – a simple rugged design.  It was clean, but a few years old, as was the ammunition, because the brass was a dull colour.  It had a 30-round magazine and it was capable of full automatic fire, something our SLRs were not capable of unless the innards were strengthened and changed which turned it into an AR.

It was better suited to the jungle than our SLR.

The chopper came back, dropped a rope down through the jungle canopy to retrieve the bag containing the camera and the VC’s stuff, and reported back to GHQ wherever that was.

The platoon was in high spirits to finally engage with the enemy and have something to show for it because most of the time the enemy bugged out and dragged their dead and wounded with them.

As the boys were digging a grave for the VC I went back to Killer and told him everything I had just experienced, emphasising my skill in taking such great photos in the trying conditions.

Killer just smiled and nodded.  He already knew I was a bullshit artist.

Anyway I imagined what happened back at GHQ when they inspected the camera and photos – “What the fuck were those blokes doing to use the whole film?”

It didn’t matter – I was 2 platoon’s camera guru. 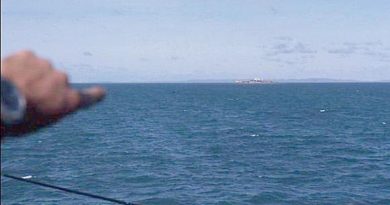