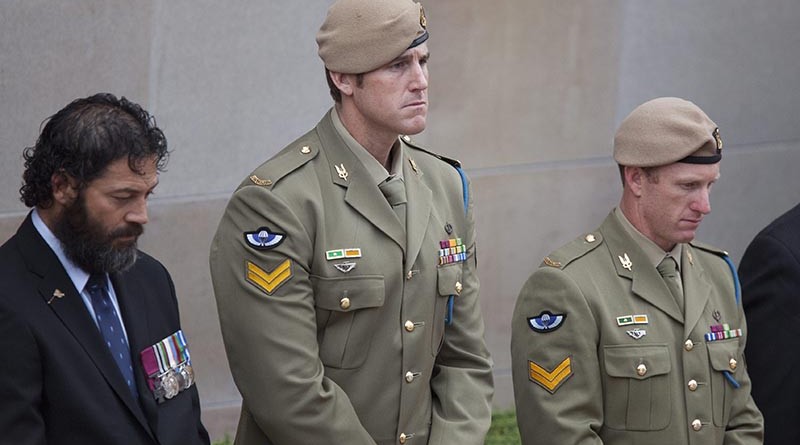 Share the post "Are VCs won or awarded – and why are people so passionate about the difference?"

In writing stories for public consumption, if you say “Willie Apiata, Ben Roberts-Smith or Mark Donaldson (above) won a VC”, you’re likely to get lynched.

It’s happened to me a couple of times (and it can be painful:-).

But I stand by my right to say it.

I could go on and on, but I’m confident my point is well supported by credible citations.

And, while I acknowledge that the Royal Patents for the ‘awarding’ of the Victoria Cross does say that the honour is ‘awarded’, I don’t think you can infer that the absence of other descriptors therefore prohibits their use.

And, at the end of the day, no one has ever been able to cite a reference or authority to support the (sometimes heated) argument that VCs are “only ‘awarded’ and never ‘won'”.

I do understand and appreciate that some readers get very passionate on this topic, and I admire and encourage healthy and respectful debate – but – I believe the weight of use in everyday language for more than 100 years, supported by common usage in official circles, exonerates little old me and CONTACT magazine.

In the end, I think it comes down to personal preference. And I for one am all for the widest possible vocabulary in common narratives.

But, if anyone has a legitimate argument or can cite a credible source to prove the rest of the world wrong, I have been known to change my mind from time to time 🙂

EPILOGUE: This argument has been given a good airing. It hit the number 3 spot on CONTACT’s Top 10 posts of all time for a while (but has since been left well in the shadows of much bigger posts, such as CA’s ban on death iconography)  and has been shared on Facebook more than 1000 times, each attracting it’s own string of comments. While we appreciate each commenter’s personal opinions and interpretations on this matter, not one comment that we have seen has cited any references to back up the majority of assertions that ‘won’ or ‘win’ are taboo. Therefore, we can only conclude that these assertions are based purely on personal opinion and personal preference – or the narrowest or most modern definitions of the words ‘won’ and ‘win’.

On the opposite side of the coin, we have cited more than 100 years of credible and noteworthy references that permit and lend precedence to their use. Therefore, CONTACT has not been convinced that we should stop using the terms ‘won’ or ‘win’ when discussing or reporting on how a particular Victoria Cross was merited, and we will continue to do so, until someone can ‘prove’ us wrong.

Share the post "Are VCs won or awarded – and why are people so passionate about the difference?"

11 thoughts on “Are VCs won or awarded – and why are people so passionate about the difference?”