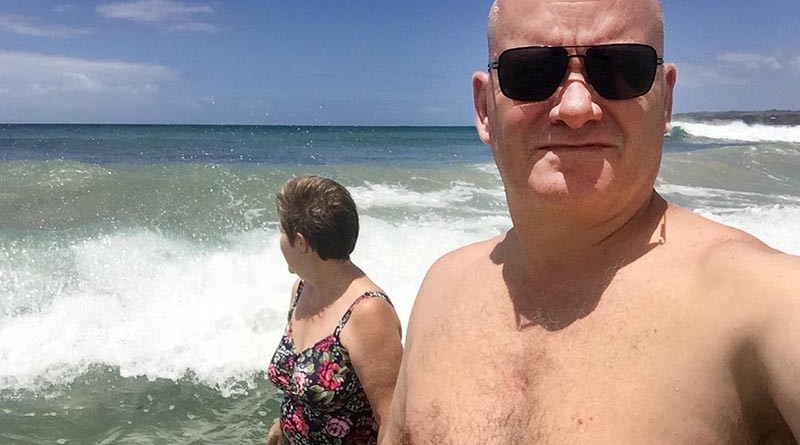 I’m not a religious man, but I do believe in ‘something’ – and one little incident on Christmas Day renewed my faith in the universe.

Before I get to that, I have to confess that, of late, I’ve gone to extremes in my ‘she’ll be right’ Aussie attitude. Unlike my wife, I don’t spend hours, days and weeks planning and re-planning things, big and small, important and mundane, to the n’th degree.

I’m more of a ‘throw a few extra jocks in my grab bag as I go out the door’ kind of guy. And as I get older, I seem to be taking that to looser and looser extremes.

I do get caught out sometimes. This was probably a contributing factor in my recently curtailed trip to Cultana to visit 7RAR – though only on the self-preparedness side, because my cameras etc were all well up to speed.

I acknowledge I have a problem in this regard.

When we’re going on a family outing, to the beach for example, I tend to work on CONTACT up to the last minute, then grab keys, wallet, glasses and phone (the big four – and I always count to four before I leave) – and that’s me ready.

Mrs CONTACT spends an hour preparing, asking ‘does this look OK?’ – lovely dear – changing, ‘how about this?’ – beautiful – and nagging me to get ready or we’ll be late.

Then, come time to leave, with the big four accounted for, I’m in the car ‘ready’…waiting.

But I readily admit, the big four aside, if it wasn’t for Mrs CONTACT, I’d be at the beach with no swimmers, no towel, no clue. So I totally give her credit for looking after me. But her looking after me like some big lump who needs looking after, only feeds the vicious cycle of me not really needing to worry about anything other than the big four. But that’s another story.

With my laissez-faire attitude in hyperdrive, the nearest beach will suit my purposes. It’s a bloody good beach too, to be honest. But, no, we have to go to ‘The Farm’, her favourite – an extra 8km away. OK, whatever. That’s where I recently drew my new business plan in the sand, photographed it and framed it, so there’s some connection there for me too.

When we get there, lazy daughter insists on parking as close as possible to the beach so she doesn’t have to walk one step longer than necessary – then sets eyes on a patch of sand more than half way along the beach – and sets eyes on a snorkelling spot just about all the way at the other end. I’d scoff and say, ‘moody teenager’ except she’s 24.

Anyway, we gather close, at water’s edge, for a group selfie. Then daughter has had enough of that and is off for a swim. Mrs CONTACT too. So I wade in for selfie selfie, with Mrs CONTACT in the surf behind, ever conscious not to get the phone wet.

Mission accomplished, I trundle back to the towels to hide the phone before my own swim. I turn around and trundle back towards the water. Mrs CONTACT’s hand signals and facial expression remind me that my sunnies are still on my face and that I should have learnt that lesson from the last time. Yes, I lost a pair of prescription sunnies in the surf three years ago and will be reminded of that sin for as long as I draw breath – along with the necklace I lost at Bondi Beach in 1987.

Back I go to deposit the sunnies with the towels and phone, turn around and trundle down the long expanse of hard-packed sand to the low-tide water, wade in to belly-button depth and take the plunge.

Gee, this is nice. Well worth the extra 8km and field-signal reminder of my glasses-and-necklace-losing stupidity.

Just one body-surf later, I recover balance and, for some reason I’m not aware of, feel boardies pocket and discover car key. Damn – salt water and electronic car key, not a good mix. I’m in trouble again!

Can I get to the towels to deposit the key without being questioned?

Then a wave hits me, knocks me arse over apex – and the bloody car key is gone!!!!!

Oh no. I’m in so much trouble now I’d rather drown.

I stand firm (to mark the scene of the crime), confess my sin, suffer ‘that look’, then ask her to go fetch daughter with snorkle and mask from the end of the beach so I can mount a search. It’s probably futile, but I have to try.

Via what would under any other circumstances have been a highly amusing field-signal exchange from water’s edge to chest-deep water, Mrs CONTACT attempts to communicate ‘your idiot father lost the car key and needs your mask’. ‘But I just found a really colourful fish and it’s very interesting’. ‘To hell with the fish, come in right now or we’ll be walking home’. ‘Aw, but mum’. ‘This minute young lady’ etc etc.

With mask on face, I mount a valiant but futile search for a car key in surf-tossed water and near zero visibility. It truly was pointless. But I was desperate.

But I gave up eventually, sulked out to the sand and thought through my options and excuses.

Then, desperate to the point of tears, I skulked back to only ankle deep and said aloud, “just give me back my bloody key – PLEASE!”

And there it was, right in front of me.

I snatched it up before the next wave had it’s evil way with it and hefted it skyward in triumph, beaming from ear to ear. Saved.

“Thank you, thank you universe. I love you.”

And, back at the car, the electronic remote control still worked!!!!

So, now I know the force is strong with me. The universe loves me. I have the power.

And I have no doubt that  the business plan I drew on that beach earlier in the year is going to work. 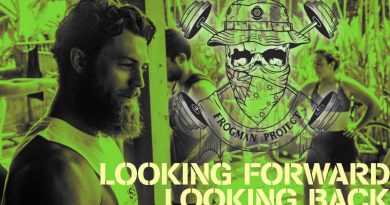 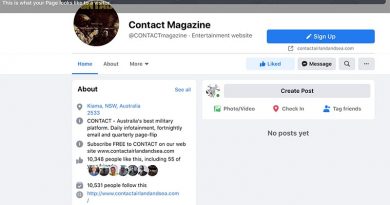