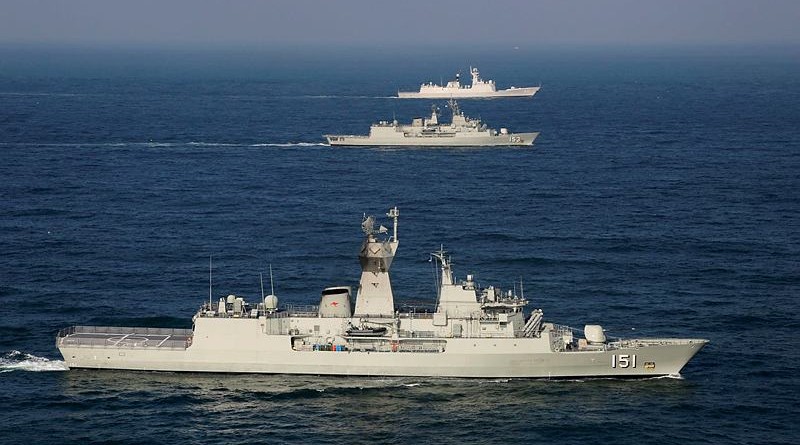 The Royal Australian Navy conducted a port visit and naval exercise with the People’s Liberation Army – Navy (PLA-N) in Zhanjiang, China, during the period 31 October to 2 November.

The port visit by HMA Ships Stuart and Arunta to Zhanjiang included a combined planning session for the exercise, official functions with local dignitaries, sporting activities, discussions on the Code for Unplanned Encounters at Sea, and other mariner-skills training.

“The conduct of these activities between navies is the oldest form of international diplomacy and is fundamental in developing our understanding and cooperation between the RAN and the PLA-N.”

It builds on previous visits RAN ships have made to China in 2010, 2012 and 2014 including when HMAS Warramunga conducted the first live-fire activity between the RAN and the PLA-N in 2010.

Australia is committed to maintaining strong and positive defence relations with China, and the Australian Defence Force works with the People’s Liberation Army to build mutual understanding and facilitate transparency.

The visit to China is part of the Royal Australian Navy’s routine regional engagement activities in both North and South East Asia.

HMA Ships Stuart, Arunta and Sirius are participating in the deployment, which also includes exercises and port visits to the Philippines, Singapore, Japan, South Korea, Vietnam, Malaysia and Indonesia.

The ADF has a long history of engagement throughout Asia and regularly conducts such activities as part of its broad regional engagement program. 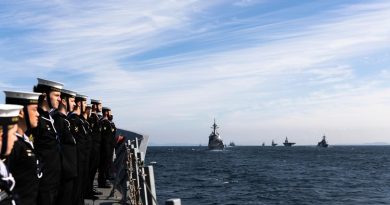