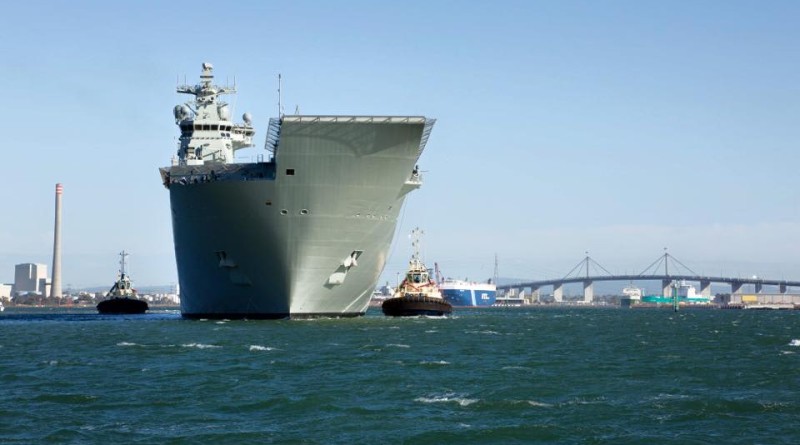 The second ship in the class commenced her delivery voyage to her new home port, Fleet Base East, Sydney.

HMAS Canberra, the first of class, actually wears the pennant number LHD 02 – but while she was under construction she was designated LHD01.

NUSHIP Adelaide was designated LHD02 while under construction, but will be assigned the LHD 01 pennant when christened into the fleet as HMAS Adelaide later this year.

When christened, LHD02 will officially receive the pennant number LHD 01 in honour of her predecessor the first-of-class FFG HMAS Adelaide (II) – FFG 01.

And, since the future HMAS Adelaide will be the third ship to carry the name, she will actually officially be called HMAS Adelaide (III), with the pennant LHD 01.

All of which means that the first-of-class LHD HMAS Canberra sports the number 02 pennant. 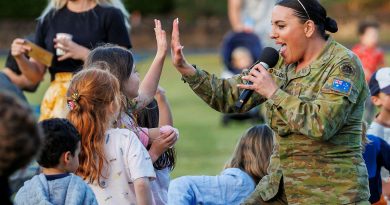 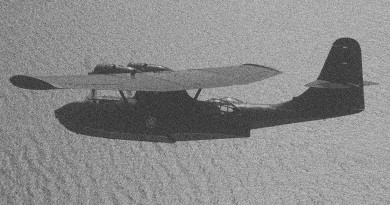