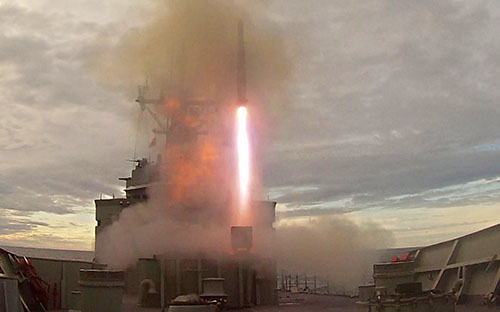 The missile firings were conducted off the coast of New South Wales on 24 June against two unmanned aerial targets launched from the Beecroft Range at Jervis Bay.

Melbourne’s MK-41 vertical launch system deployed the missiles, controlled in flight, resulting in successful engagements with the targets as part of her operational training program.

Commanding Officer Melbourne Commander Bill Waters said Navy ships conducted mariner and war-fighting training all year round to prepare for operational duties and this firing proved the effectiveness of the frigate’s combat systems.

“We do extensive simulation, but by conducting a live missile firing we validate this training and prove the accuracy and precision of our combat systems,” Commander Waters said.

The Evolved Sea Sparrow is a medium-range, semi-active homing missile that makes flight corrections via radar and mid-course data uplinks.

It can be used against surface-to-air and surface-to-surface targets.

The missile is part of a suite of weapons used by Australian frigates.

Later this year, Melbourne will deploy to the Middle East as part of Operation MANITOU where she will support efforts to counter and deter terrorism and the trade of narcotics.

MANITOU is the Australian Defence Force’s maritime security contribution to the international effort to promote security, stability and prosperity in the Middle East region. 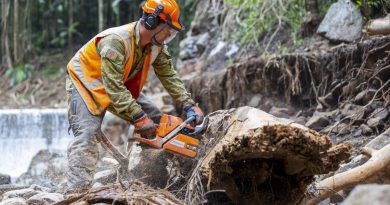