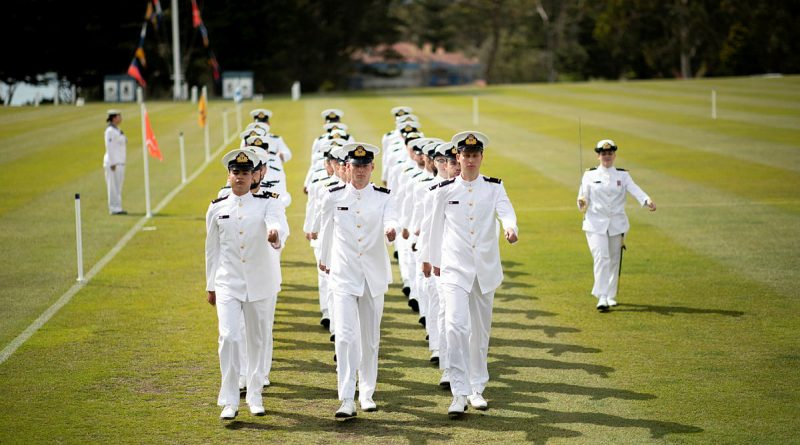 Sub-Lieutenant Andrew Dakin’s dream of following in his grandfather’s footsteps to become a Fleet Air Arm pilot is one step closer after graduating from HMAS Creswell this year.

It’s been a dream in the making for more than nine years.

Sub-Lieutenant Dakin, from Toowoomba, first applied to join the Navy in 2013 but said he wasn’t ready physically or mentally.

Since completing degrees in cartography and aviation in the intervening years, he feels better equipped to take on the challenges of service life.

The thrill and challenge of landing a helicopter on the rolling, pitching deck of a ship, in unfavourable weather conditions and inhospitable environments, was what kept him motivated to pursue his dream career through the years.

Officer training also threw up some challenging and team-building moments. Singing songs while paddling a seven-person raft across Jervis Bay in cold, rainy and windy conditions was one of them.

“The row never seemed to end and then it started to rain, and then the rain went sideways. But these little motivational pieces between each other that banded us together put it up there amongst my best memories of training,” Sub-Lieutenant Dakin said.

He’s looking forward to working in a team in different operating environments at sea, from anti-submarine warfare, search and rescue and vertical replenishments at sea.

He has some advice for others who haven’t succeeded in landing their dream jobs immediately after leaving school.

“It’s if it is a challenge and it’s something you enjoy, pursue it to your absolute best,” he said. 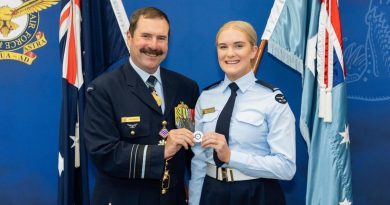 Chief and recruit bond with promises, and a coin 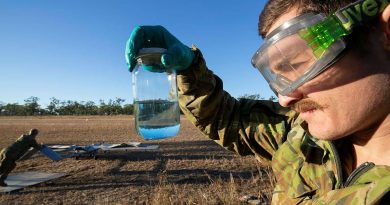