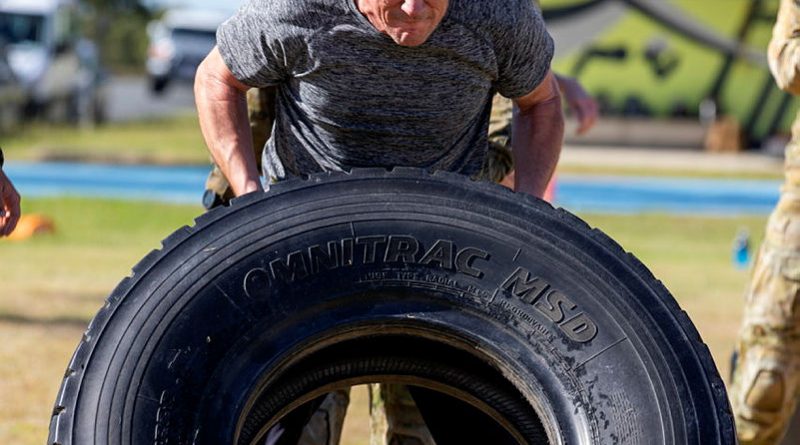 The battle lines were drawn at RAAF Base Amberley recently, with personnel from 2 Security Force, Joint Military Police Unit and 23 Squadron engaging with Queensland Police in a battle physical training session.

Seventeen members of the Ipswich District Crime Group arrived to find airfield defence guards and military police ready for a friendly but fierce competition, under the direction of 23 Squadron physical training instructors.

Officer in charge of the Child Protection Unit at Yamanto, Ipswich, Acting Detective Senior Sergeant Steven Williamson, was pleased the two forces built such a good relationship through exercise and friendly rivalry.

“The benefits are skill-sharing across the units and forging partnerships where ways of doing business, leadership qualities and skills can be shared,” Acting Detective Senior Sergeant Williamson said.

“While the roles we do at work are all quite different, the one thing we all have in common is a winning culture. We all hate losing, so the rivalry is quite strong. We all have big egos too, so that doesn’t help.

Mixed teams of aviators and police were first put through a ‘strong hold’ challenge, which included a casualty drag and sandbag flip, followed by ‘shots downrange,’ with a tyre flip and rope leopard crawl.

Teams then took to the pool to ‘defend the harbour’ with the goal of moving equipment from one end to the other to build a warship.

The final activity was the over-pool obstacle course, before the day wrapped up with a friendly barbeque.

CAPTION: Members of RAAF and Queensland police in the pool at RAAF Base Amberley. Photo by Corporal Kieren Whiteley.

Though there was fierce competition, all teams were considered winners on the day. Leading Aircraftsman Adrian Daniels, from 2 Security Force, said Queensland police teaming up with Defence was a natural fit.

“These team-building exercises assist in a productive working relationship in a friendly and challenging environment to demonstrate initiative, leadership, and to promote communication and awareness through social connections.

“All these attributes help both Air Force aviators and Queensland Police in their professional development.” 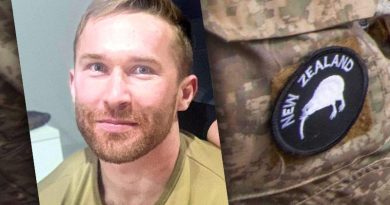