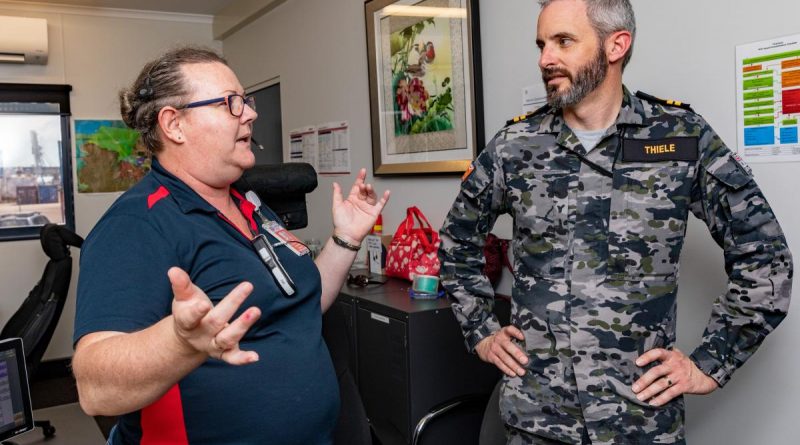 Its value is estimated at $1.2 billion dollars per day.

So when 15 warships and nearly 3000 people from more than 20 nations descended on Australia’s ‘gateway to Asia’, ensuring Darwin port’s commercial shipping operations were unaffected by Defence activities took on a whole new significance.

During Exercise Kakadu 2022, this important task fell to a small, integrated team of Australian and New Zealand maritime trade operations officers with experience in the commercial marine sector.

Maritime Trade Operations Officer Lieutenant Roderick Thiele, who joined the Royal Australian Navy as a reservist in 2019, said the exercise offered a unique opportunity to work with regional counterparts.

“We’re working as a fully-integrated team for the exercise with a presence at the Darwin Port, the Navy’s Harbour Support Coordination Centre and Maritime Operations.

“We work from the same doctrine so there are many similarities in how we do things, but there have also been plenty of opportunities to learn from one another.”

During the exercise’s harbour phase, these officers were busy briefing maritime warfare officers about the commercial traffic they should expect in the vicinity of the exercise areas and in liaising with industry stakeholders ashore.

Once the sea phase started, the maritime trade officer’s work increased and became even more vital as ship movements in the vicinity of commercial maritime activities became more dynamic.

“We’ve expected this and we’re ready for it,” Lieutenant Thiele said.

“There is no better opportunity for us to apply our experience and training in real-world situations than during an exercise like Kakadu. We’re very excited.”

“The exercise theme of ‘partnership, leadership and friendship’ has been in full display at the Darwin Port as the Australian and New Zealand maritime trade operations officers work together to ensure the safe and free movement of merchant vessels around the exercise area,” Lieutenant Thiele said. 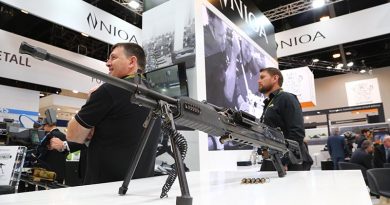 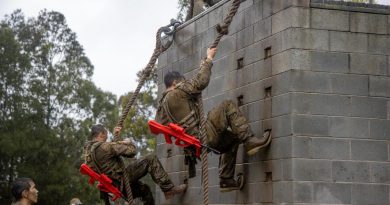