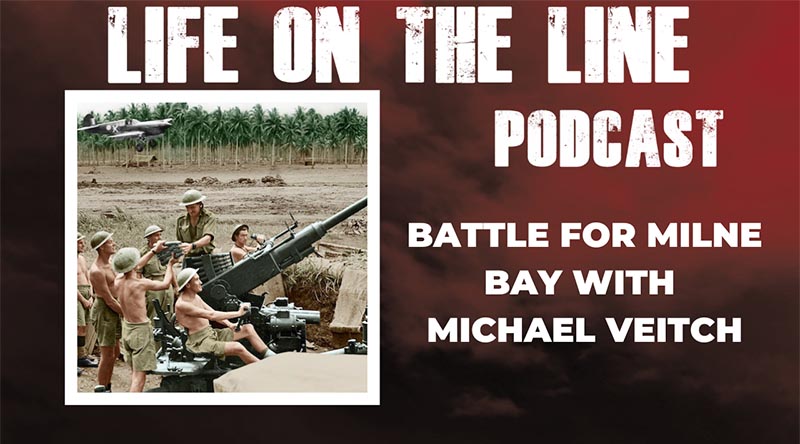 Alex Lloyd speaks with author Michael Veitch about the Battle for Milne Bay in 1942.

Michael Veitch is widely published on the subject of Australian airmen’s experiences in World War II.

His ninth book, TURNING POINT, is about the Battle for Milne Bay in 1942.

Michael speaks about his book and this fascinating, relatively untold piece of history.

Produced by Thistle Productions, Life on the Line tracks down Australian war veterans and records their stories.

The above episode of Life on the Line was first published by Thistle Productions in August 2019 and was republished (with permission) by CONTACT on 27 August 2022 – the 80th anniversary of the battle.

Members from the Papua New Guinean and Australian Defence Forces today (27 August 2022) joined in a commemorative event for the 80th anniversary of the Battle of Milne Bay in Papua New Guinea.

Attending on behalf of the Australian Defence Force was Chief of Air Force Air Marshal Robert Chipman, who said it was an appropriate time to reflect on the longstanding bonds between Australia and Papua New Guinea – forged in times of crisis but sustained in peace and prosperity.

“The Battle of Milne Bay was an important victory for the Allies during World War II,” Air Marshal Chipman said.

“Milne Bay is a battle entrenched in the lore and history of both nations.

“The Allies and the Japanese paid a heavy toll in the battle of Milne Bay.

“Just under 1000 Papuan, Australian, American and Japanese were killed and at least another 500 were wounded.

“Today we pay our respects to all who fell here 80 years ago.

“To the Papua New Guinean veterans of the Battle of Milne Bay, to their descendants and families, on behalf of the people of Australia, please accept my gratitude and heartfelt appreciation for your contribution to the security of our region in World War II.

“In 1942 we demonstrated the strength, courage and determination of the Pacific family.

“This partnership between people with shared goals and common beliefs continues to this day.

“We deeply value being part of the Pacific family,” Air Marshal Chipman said.

F-35A Lightning II aircraft from No. 75 Squadron conducted a flypast of the commemorative event.

This flypast was symbolic of the aircraft from No. 75 and 76 Squadrons who defended the bay eight decades earlier. 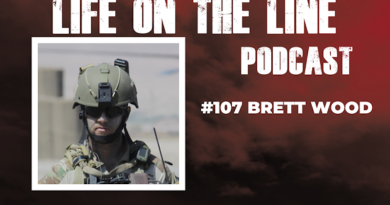 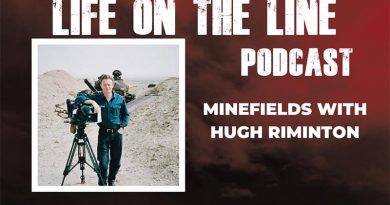 Huge Riminton – Life on the Line

Jeremy Holder – Life on the Line