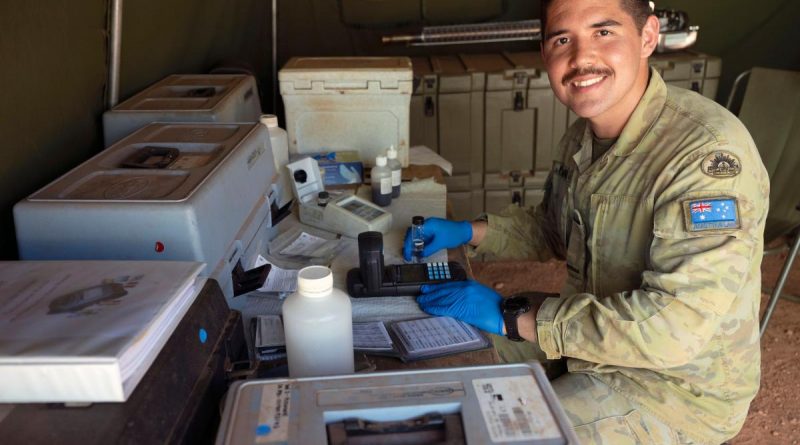 A Territorian through and through, 1st Health Battalion’s Private Adrian Fleming is loving the opportunity to spend time in his own backyard.

Growing up in Katherine, the preventative medicine technician always hoped he’d be able to spend more time in the rural and remote areas of the Top End.

“The second I found out about AACAP at the start of the year, I immediately expressed my interest to my platoon commander,” Private Fleming said.

“I spent a lot of my childhood in the fishing meccas of Roper River and Victoria River, and I couldn’t wait to get back out to remote NT.

“It’s so serene up in Gapuwiyak, being so away from it all – it’s absolutely given me a greater appreciation for my own backyard.”

Starting in the Infantry – and struggling with the cold weather of NSW – Private Fleming transferred to preventative medicine, knowing it would secure him a posting up north.

With a lot of preventative medicine work done in advance of camp set-up, Private Fleming’s initial tasks involved identifying dangerous flora and fauna, and finding out how busy the local snake catcher had been.

While it differs from his normal role in barracks, Private Fleming is enjoying practising his skills and knowledge in the field environment.

“Preventative medicine is a great place to be; it’s a small capability with great area for effect,” he said.

“We’ve been able to conduct the full scope of our role; conducting certification on bulk water tankers, occupational hygiene tests, and vector control.

“Most importantly, we’ve been testing the water daily to ensure that the camp is relatively bug free, and our water is safe to drink.”

In addition to his preventative medicine work, Private Fleming is taking every possible opportunity to immerse himself in the country, the culture and the warm-weather fishing while on AACAP.

“The more remote you go in the Top End, the more connected the local mob are to country and living off the land,” Private Fleming said.

“This morning we went out with Bush Buffalo Boys to the homeland of one of the fellas, where they taught us how to build spears and fish using hand reels.

“The members of the Gapuwiyak community are very humble, but also willing to impart their knowledge.”

With Private Fleming’s appreciation of the outdoors, and his love for his home state, he has his sights set on a future involving both.

“When I eventually transition out of full-time Army, I want to become a Northern Territory police officer, and take on roles in the rural and remote areas of the NT,” he said.

“I plan to stay in Army part-time as a reservist, and if the opportunity presented, I’d love to go on AACAP again.

“This experience, both as a soldier and as a Territorian, has been the opportunity of a lifetime.” 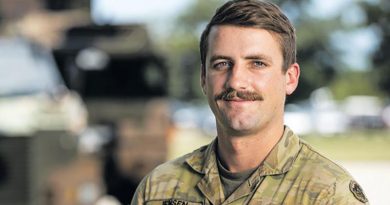 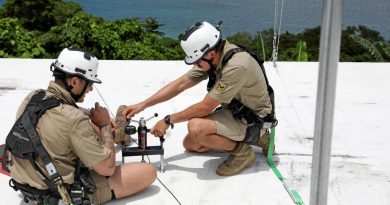 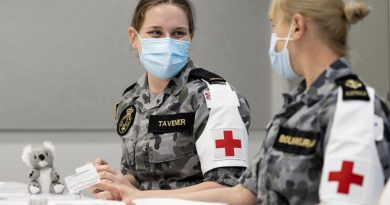