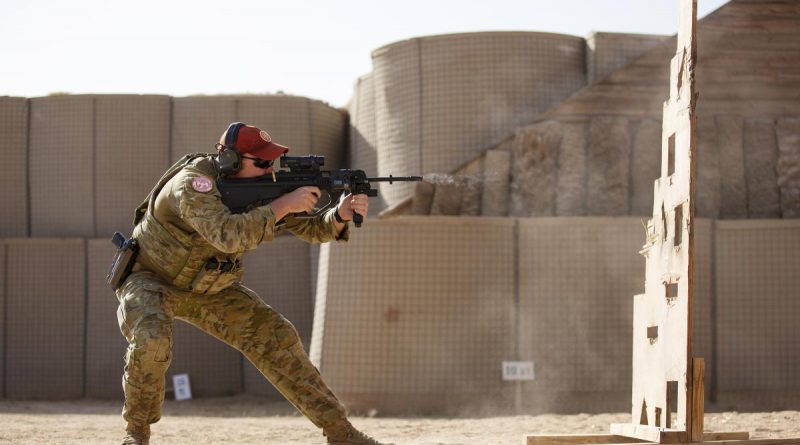 Sergeant Patrick Kelly can still remember the first thing his new boss said when he got off the plane in Egypt.

CAPTION: Sergeant Patrick Kelly, who is deployed to the Sinai Peninsula, Egypt, on Operation Mazurka as part of the Multinational Force & Observers, practises his weapon drills at North Camp, near el-Gorah in north Sinai. Story by Petty Officer Lee-Anne Cooper.

“Operation Mazurka is unique, he told us.”

Three months later Sergeant Kelly knows it was not the geography he was talking about but the mission and working within a multinational force.

As a member of the Multinational Force and Observers (MFO), Sergeant Kelly is located at North Camp, el Gorah in north Sinai.

The MFO mission is to supervise the implementation of the security provisions of the Egyptian-Israeli Treaty of Peace and employ best efforts to prevent any violation of its terms.

“No minute, no hour or day are the same,” Sergeant Kelly said.

“It is a dynamic environment around us.”

CAPTION: Sergeant Patrick Kelly, who is deployed to the Sinai Peninsula, Egypt, on Operation Mazurka as part of the Multinational Force & Observers, practises his weapon drills at North Camp, near el-Gorah in north Sinai. Photos by Petty Officer Lee-Anne Cooper.

The Airfield Defence Guard’s position is that of a battle captain, working out of the Tactical Operation Centre (TOC).

“We are the link between the major of the TOC and all the other working parts during any battle drills or real-life situations,” Sergeant Kelly said.

Sergeant Kelly works alongside Americans and a Colombian as the only Australian in the TOC.

Working as a part of a multinational force, Sergeant Kelly said communication was one of the most important things.

“Lingo is a big thing. As Aussies we use a lot of slang, and it is something you have to be conscious of,” he said.

“We can not leave the base, so we work, live and socialise together. It is a very tight-knit group.”

Sergeant Kelly thrives in the small community, and said north camp was reminiscent of his posting to RAAF Base Tindal, 15km outside Katherine in the Northern Territory.

Living on base in married accommodation, it is just a short ride to work, and there is childcare on the base, which his daughter, Grace, attends.

A big footy fan, Sergeant Kelly plays rugby for the RAAF team on base, which is just a stroll down the road to training.

“It is a very easy lifestyle, and I’m looking forward to getting home to the family,” he said. 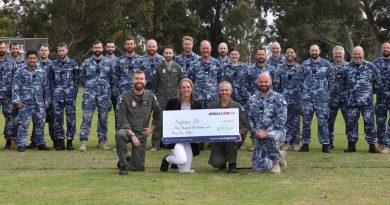 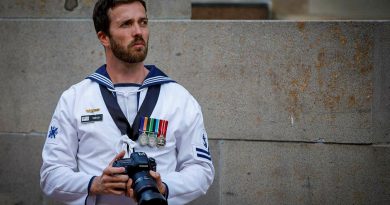 Mixing two passions in the Navy 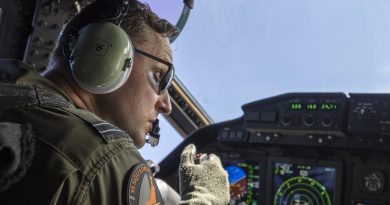