The government has committed an additional $70.6 million in funding over four years to increase Veterans’ Home Care fees for domestic assistance and personal-care services.

Minister for Veterans’ Affairs Matt Keogh said the funding would help to ensure important domestic assistance and personal care support through the Veterans’ Home Care program was delivered to the veteran community.

“The Veterans’ Home Care program provides veterans and their families with assistance in their homes, to help them stay safe and independent for longer,” Minister Keogh said.

“The Department of Veterans’ Affairs delivers a system that empowers veterans and their families to improve their health and wellbeing; to stay well, age well and engage fully in social and economic life.

“Investment in tailored programs to support wellness and connection to community will deliver better health outcomes for our veteran community.”

“The Albanese Labor Government is committed to undertaking a series of practical measures to ensure older Australians and Australians with disability have access to the care they need and deserve at home.”

“Supporting veterans to stay in their homes goes hand in hand with that.”

The Veterans’ Home Care funding will continue until 30 June 2026.

For more information on the program visit dva.gov.au.

STEPHEN CENATIEMPO, HOST: Credit where credit’s due, the Federal Government has announced a commitment to ensuring that veterans and veteran families have the services they deserve. They’ve committed an additional $70.6 million in funding over four years to increase veterans home care fees for domestic assistance and personal care services. To talk to us more about this, we’re joined by the Minister for Veterans’ Affairs, Matt Keogh. Matt, good morning.

THE HON MATT KEOGH MP, MINISTER FOR VETERANS AFFAIRS AND DEFENCE PERSONNEL: Good morning, Steven. Great to be with you and your listeners.

CENATIEMPO: $70 million. We’re big supporters of the veterans’ community here on this programme. Tell us how home care actually works.

KEOGH: So a range of veterans and widowers and widows have access to veterans’ home care and that provides support such as house cleaning, grocery shopping, personal care activities like showering, toileting, eating, respite care for carers, as well as some safety-related home and garden maintenance, like making sure light bulbs are changed and cleaning gutters and windows and so forth. So it’s really important in home support for veterans if they’re gold card veterans or if they’ve got a particular injury and disability, that means that they need assistance with those sorts of matters within and around the home.

CENATIEMPO: $70.6 million over four years. In real terms, how many people is this going to help?

KEOGH: So what it’s about is helping the 37,000 veterans, war widows and widowers that receive this sort of assistance. And the issue that has arisen is that under the previous government, the fees that were paid to the providers of this assistance had become quite low. And it meant that some providers were leaving no longer providing that assistance to veterans, which made it more and more difficult to make sure that the veterans that need this support were receiving that support. And so this $70.6 million will increase the fees being paid to those providers. It means they’re better able to retain staff as well, because we know it is hard to get staff so that we can continue to provide these services in the home too. As I say, there’s 37,000 veterans and widows who get this assistance.

CENATIEMPO: Veterans’ affairs is probably one of the more difficult portfolios and one that sometimes flies under the radar a bit. And I don’t want to point the finger at the previous government because it’s been problematic longer than they were in power, but, I mean, some of the backlogs and things getting claims through DVA were extraordinary when we were talking about the last year. How far have you come with clearing some of that up?

KEOGH: Yeah, you’re absolutely right, Stephen. A huge issue. So there’s been two major backlog issues. One has been about claims and the other one has been payments for services that assist veterans. On the payments front, that backlog has now largely been removed over the last couple of months, huge amount of effort put in by the staff at the Department of Veterans’ Affairs and additional resources have been applied over the last couple of months to get that through. The backlog on claims, though, 60,000 plus claims sitting there. We made a commitment to bring on 500 additional staff over the next two years to get that backlog down. We’ve already brought on some of those staff and we’re converting labour hire into public servants. That’s really important because what was happening is you churned lots of people, you lose the benefit of training, which meant it was slower and slower to get through those claims. So making sure we can retain those train staff vitally important so we can get that backlog down.

CENATIEMPO: Now, I just want to off topic for a moment. I want to throw an issue at you that’s been raised with me a couple of times and I don’t expect you to give me an answer straight away because I’m throwing a curveball at you, but when the Invictus Games were held here in Australia a few years back, the participants were given the Australian Service Medal. There’s been a campaign by some of those involved with Invictus to have that extended out to all competitors in the Invictus Games. Have you been approached by anybody with regards to that or are you aware of that issue?

KEOGH: Yes, I have had some approaches about that. The sports medal is actually run through the Department of Prime Minister and Cabinet doesn’t come under me. I’ve got a lot of medals that we do it in the defence personnel space, but not that one. I’m aware of the campaign, that sports medal was started at a particular point in time and that’s applied from that point going forward. Working on a retrospective approach to that would, as I understand it, pose a great deal of difficulties about who’s eligible, who wouldn’t be eligible, two people miss out, et cetera. As I say, it’s not my responsibility – responsible area, but I am aware of the campaign and I understand, of course, why people would want to be able to get those medals. But more importantly, I think we’ve got the Warrior Games coming up, Invictus Games will be coming up after that. I think they’re hugely great initiatives for supporting our veterans, our veterans that have suffered disability and showing that there is a good way forward, a positive life forward, even for those that have suffered disability and injury through their service to our nation as part of our Defence Force. And I’m really supportive of those games and that programme.

KEOGH: Great to be with you, Stephen. Thank you very much.

CENATIEMPO: Matt Keogh, the Minister for Veterans’ Affairs. Let’s have a quick look at what’s happening in North America this morning. 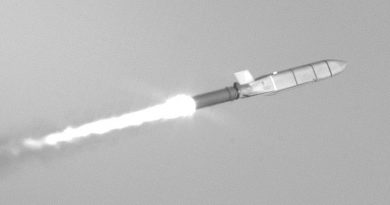 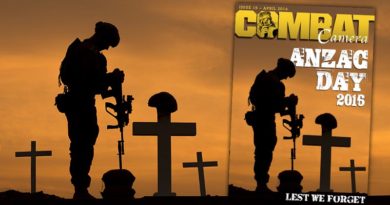