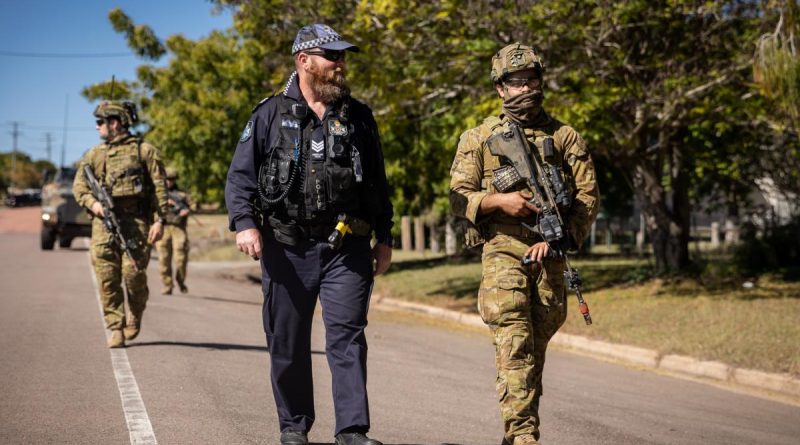 Charters Towers is a long way from Afghanistan, but lessons learnt by Australian soldiers assisting evacuees in Kabul last year are now being practised in the Far North Queensland town.

More than 200 military vehicles and 1000 infantry, combat engineer and artillery soldiers set-up in Charters Towers for a week of immersive training based on stability, security and non-combatant evacuation operation (NEO) scenarios.

Brigadier Kahlil Fegan, Commander of 3rd Brigade, said the brigade was grateful for the community’s cooperation in making the exercise a success.

“It’s important that we get out of the field and barracks environments to train among the public to give our soldiers diverse and complex training opportunities,” Brigadier Fegan said.

“In Afghanistan last year, our people assisted with the evacuation of more than 4000 people with little notice, showing we must always be ready to deploy anywhere in the world and into a variety of operational environments  ̶  from permissive to uncertain or hostile.”

Brolga Run was designed to test the ability of 3rd Brigade’s designated ready battle group, predominantly from 3rd Battalion, Royal Australian Regiment, to respond to a range of operations, such as the Afghanistan NEO.

“Where possible, we try to train with our partners, not only to enhance training realism, but to share expertise and improve the way we work together,” Lieutenant Colonel Johnson said.

“We are fortunate to have Charters Towers council representatives participate, as well as Queensland Police officers and infantry soldiers from the New Zealand Defence Force.”

The battle group established emergency assembly areas at community hubs around the town to process role-player evacuees for transport to safety, and conducted joint security patrols with local police to protect key infrastructure and civilians against hostile combatants during the scenarios.

“Following the bombing of Pearl Harbor in 1941, Charters Towers became one of the largest staging locations in north Australia and saw huge concentrations of troops, including a number of US Air Force squadrons, stationed nearby,” Mr Beveridge said.

He said the community had been “looking forward to the excitement brought about by this latest exercise” and was eager to help in any way it could.

The battle group will move to the Townsville Field Training Area for the second half of the exercise to complete joint combat operations in field and urban settings until the end of the month. 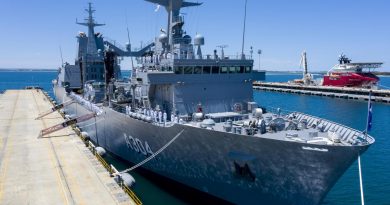 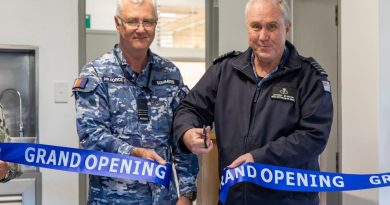 One thought on “‘Evacuating’ a gold mining town”