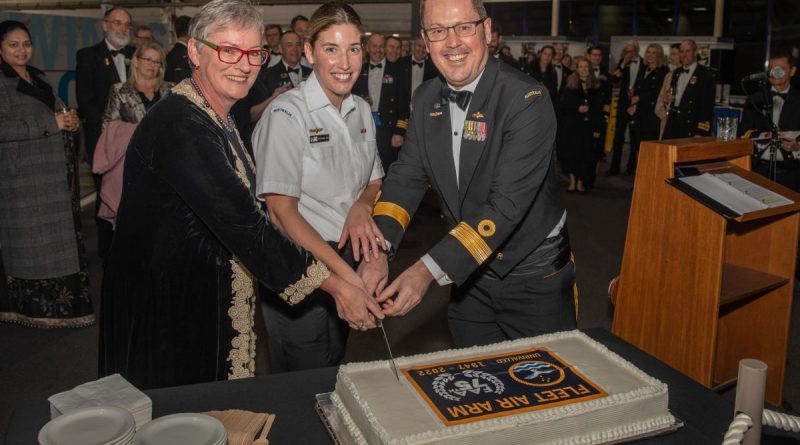 The Navy Fleet Air Arm (FAA) hosted a black tie reception at the FAA Museum in Nowra as part of its 75th anniversary celebrations.

Commander Fleet Air Arm Commodore David Frost said the FAA has contributed to Australian Defence Force operations in war and peacetime, including the conflicts in Korea, Vietnam and the Middle East.

“More recently, it has contributed to humanitarian and disaster relief operations in Fiji and Tonga, and also bushfire and flood relief in eastern Australia,” Commodore Frost said.

“While we reflect on the distinguished service of our naval aviators, I’d also like to express our gratitude for the enduring support we’ve received from the public, in particular the Shoalhaven Community, in which we live and work.”

Mayor Findley said having a big Navy community in Nowra was important.

“We appreciate what it is that you men and women do for our country every single day,” Mayor Findley said.

The FAA was built on the shoulders of accomplished aviators such as Korean War veteran Commodore (retd) Norman Lee, who joined the Navy as a recruit rating pilot in 1948.

Commander (retd) Ian Maxwell ‘Max’ Speedy, who joined the Navy as a midshipman in 1962, said his most challenging flying was in the famed Bell UH-1H Iroquois ‘Huey’ in Vietnam.

“I think the remarkable thing is the way we transitioned from essentially sitting out over the ocean in the hover with an anti-submarine mission in mind, to going into a red-hot and steamy landing zone, having people killed and proceeding to doing your best to stay alive.”

The retired Commander said the FAA remained a critical arm of the Australian Defence Force.

“Having reached 75 years is a matter of history and the next 75 years will be just as important.” 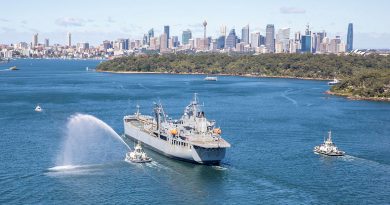 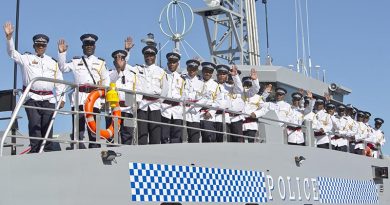