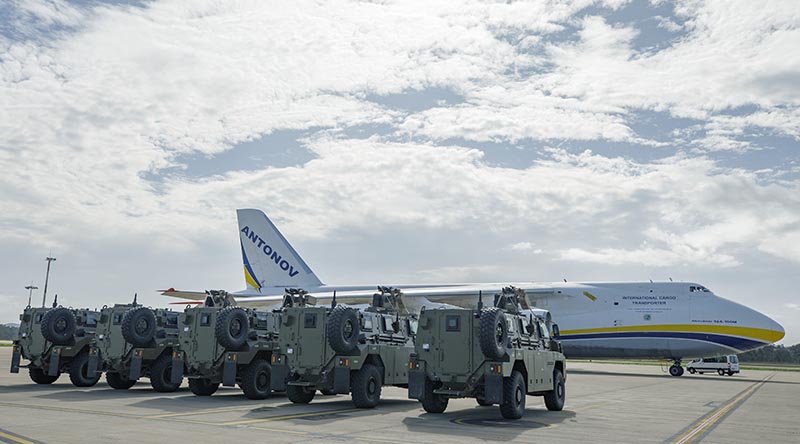 FILE PHOTO (April 2022): Australian-donated Bushmaster protected mobility vehicles lined up ready to be loaded onto an Antonov AN-124 cargo aircraft at RAAF Base Amberley. Photo by Corporal Jesse Kane.

Prime Minister Anthony Albanese made the announcement during a visit to Ukraine last weekend.

This new package will deliver important capabilities to the Ukrainian Armed Forces and takes Australia’s total military assistance to the government of Ukraine to more than AU$385million.

Defence Minister Richard Marles said this latest commitment would provide the government of Ukraine with valuable tools to aid their continuing resistance against Russia’s unwarranted aggression.

“The fund is a mature, efficient and safe mechanism to provide non-lethal support to Ukraine, including medical supplies and fuel.

Mr Marles said the Albanese Government was committed to supporting the brave people of Ukraine and the defence of their homeland.

Beyond providing a significant number of military vehicles, Australia will also give de-mining equipment and a further $7million for the purchase of much-needed defence technology and equipment from Australian suppliers.

This increase in pledged support sees the total number of Bushmasters gifted rise to 60 and M113AS4 armoured personnel carriers increase to 28.

The de-mining equipment will help Ukraine remove some of the dangerous remnants of war littering the countryside.

Bushmasters have become synonymous with Australia’s support to Ukraine, especially given President Zelenskyy’s specific request to the Australian Parliament on 31 March 2022. 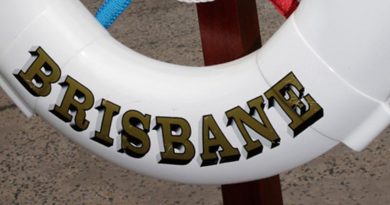 10 thoughts on “Australia to send more military aid to Ukraine”