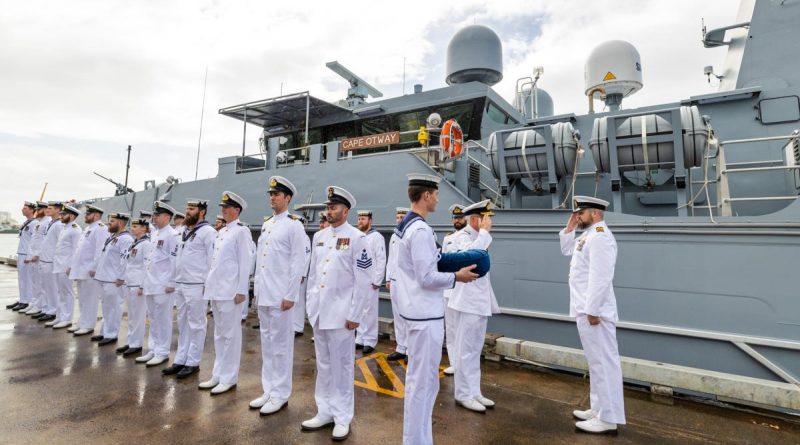 The 58-metre aluminium monohull vessel will be used in constabulary operations, primarily to the North of Australia, enforcing Australian sovereign immigration and fisheries laws.

Deputy Chief of Navy Rear Admiral Chris Smith was one of the special guests at the ceremony held at Defence establishment HMAS Cairns to welcome Cape Otway to its home port.

“Navy has a proud and long-established connection with Cairns stretching back before World War 2. The city is a fitting home port for Australian Defence Vessel Cape Otway, the first of our Evolved Cape-class patrol boats,” Rear Admiral Smith said.

“The six Cape-class vessels will be maintained at the Regional Maintenance Centre North East in Cairns, opened in January, which brings together industry and Defence to support and sustain Navy’s growing fleet.

“This is a robust relationship that benefits us all.”

“Everyone has worked really hard to get to this point,” Lieutenant Commander Thompson said.

“The training we have done with the boat-builder, Austal, has been excellent.

“As a crew, we are prepared and excited to be a part of the new class of patrol boats providing a stronger capability for our region.”

The new vessels include an improved communications system and more berths, which can accommodate up to 32 crew members.

Cape Otway was built in about 18 months at Austal’s Henderson Shipyard in Western Australia. 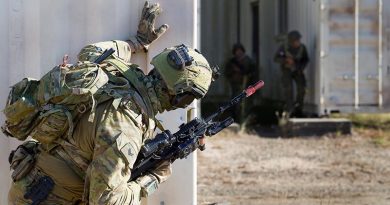 One thought on “New patrol boat has a home”